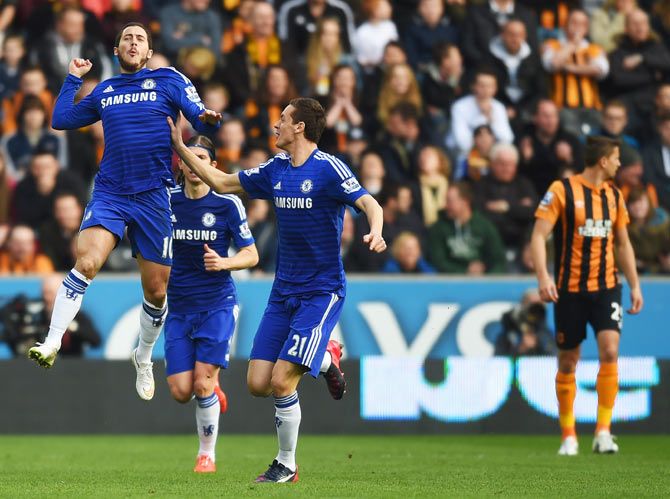 Eden Hazard of Chelsea (10) celebrates with Nemanja Matic (21) as he scores the opening goal against Hull on Sunday. Photograph: Michael Regan/Getty Images

Chelsea regained their six-point lead over Manchester City at the top of the Premier League table and took a step closer to the title thanks to a hard-fought 3-2 victory at Hull City on Sunday.

Eden Hazard’s thumping strike gave Chelsea the advantage inside the first two minutes and Diego Costa added a second before Hull responded in blistering fashion to score twice in 74 seconds through Ahmed Elmohamady and Abel Hernandez.

Chelsea goalkeeper Thibaut Courtois made a fantastic treble-save to deny Hull in the second half and substitute Loic Remy restored the visitors' lead with a shot that squirmed under Hull stopper Allan McGregor. Chelsea, who still boast a game in hand over Manchester City, have 67 points from 29 matches, while Hull are 15th with 28 points from 30 games.

Manager Jose Mourinho believes he owes a debt to Loic Remy after the striker came off the bench to score the winner.

The French striker, who has been used mainly as a substitute by the Chelsea manager following his move from Queens Park Rangers in August, came on at the KC Stadium after 75 minutes following Diego Costa's hamstring injury.

The 28-year-old then scored with his first touch to put Chelsea back in front after they had squandered a 2-0 lead, a goal which allowed the Londoners to regain their six point lead over Manchester City. 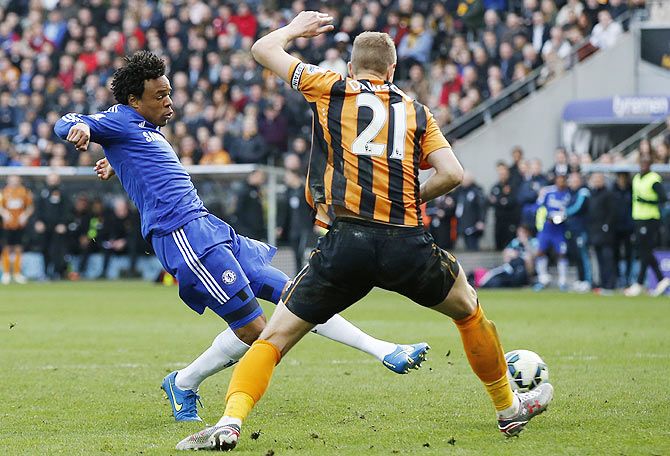 "Every time he plays, he's there. He probably deserves more than what I've given him," an admiring Mourinho told Chelsea's official website.

Earlier, Juan Mata struck twice, including a sublime volley, for Manchester United in a 2-1 Premier League victory over Liverpool who had substitute Steven Gerrard sent off for a stamp 38 seconds after the break at Anfield.

Fourth-placed United have 59 points from 30 matches, five more than Liverpool in fifth.

© Copyright 2022 Reuters Limited. All rights reserved. Republication or redistribution of Reuters content, including by framing or similar means, is expressly prohibited without the prior written consent of Reuters. Reuters shall not be liable for any errors or delays in the content, or for any actions taken in reliance thereon.
Related News: Chelsea, Diego Costa, Queens Park Rangers, Manchester City, Loic Remy
COMMENT
Print this article 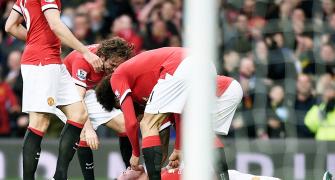 EPL PHOTOS: Rooney is a knockout for United 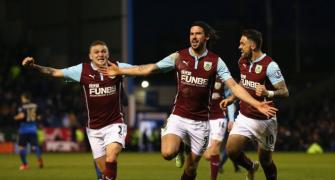 By George! City are beaten by battling Burnley 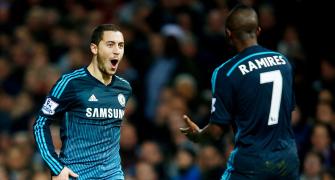 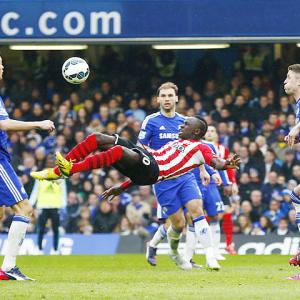