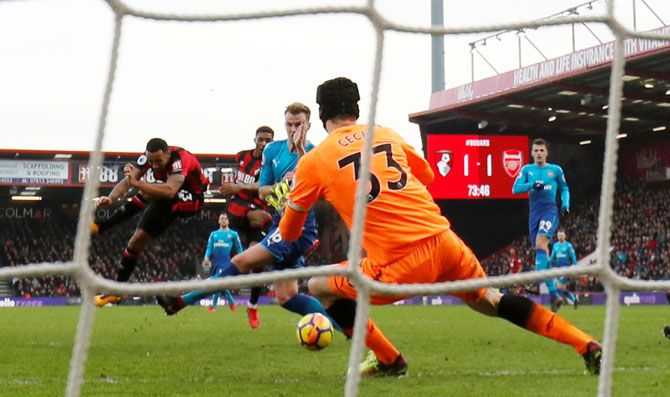 Arsenal lost further ground on the Premier League's top four after struggling Bournemouth came from behind to beat them 2-1 on Sunday.

After Hector Bellerin fired through Asmir Begovic to open the scoring for Arsenal in the 52nd minute, Callum Wilson and Jordon Ibe scored within five second-half minutes to turn the game on its head.

First Wilson converted Ryan Fraser's teasing cross to restore parity in the 70th minute before Ibe fired home a second having been teed up by the scorer of Bournemouth's first.

Alexis Sanchez, heavily linked with an exit from the Emirates, was left out of Arsenal's squad with manager Arsene Wenger saying before the game that a decision on his future was "imminent".

"It's a fantastic win because we need to pick up our home form," man-of-the-match Wilson told Sky Sports.

"The fans were flat so we needed to get them back in the game and a goal against a big team got them on their feet and then we added a second. 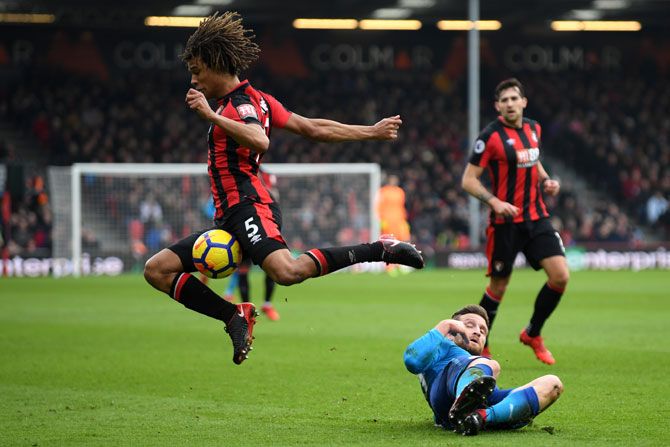 "It's a massive lift. Those points lift us further away from the bottom three."

Desperate for a win, the visitors started brightly on the south coast with youngster Ainsley Maitland-Niles firing against the crossbar in the eighth minute.

Despite dictating much of the early possession Arsenal clearly missed their more illustrious attacking talents with Alexandre Lacazette cutting a lonely figure without the cutting edge of Sanchez and the injured Mesut Ozil.

Bournemouth grew into the contest before the break and were aggrieved not to receive a penalty when Alex Iwobi appeared to handle Ibe's cross just moments before a desperate Calum Chambers block kept out Dan Gosling's goalbound effort.

The break came at the wrong time for the hosts who found themselves behind soon after when Bellerin -- set free by a superb Iwobi ball -- fired through Begovic's hand.

But with a much-needed three points there for the taking, Arsenal capitulated against their spirited hosts.

First Petr Cech was unable to cut out Fraser's teasing cross with Wilson converting before Ibe smashed home after Wilson did brilliantly to tee him up.

In search of a late equaliser, Arsenal brought on Theo Walcott and Aaron Ramsey but they were unable to rescue another desperately disappointing afternoon.

© Copyright 2021 Reuters Limited. All rights reserved. Republication or redistribution of Reuters content, including by framing or similar means, is expressly prohibited without the prior written consent of Reuters. Reuters shall not be liable for any errors or delays in the content, or for any actions taken in reliance thereon.
Related News: Bournemouth, Arsenal, Jordon Ibe, Callum Wilson, Asmir Begovic
COMMENT
Print this article 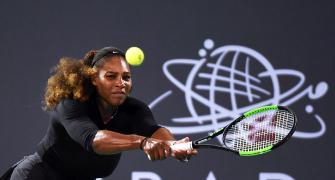 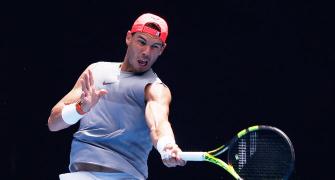 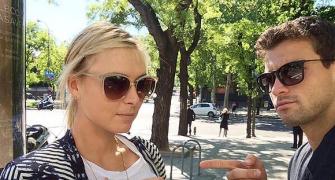 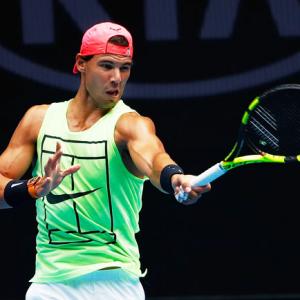 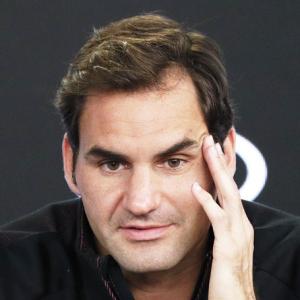 Slam number 20 in sight but Federer plays down favourite tag