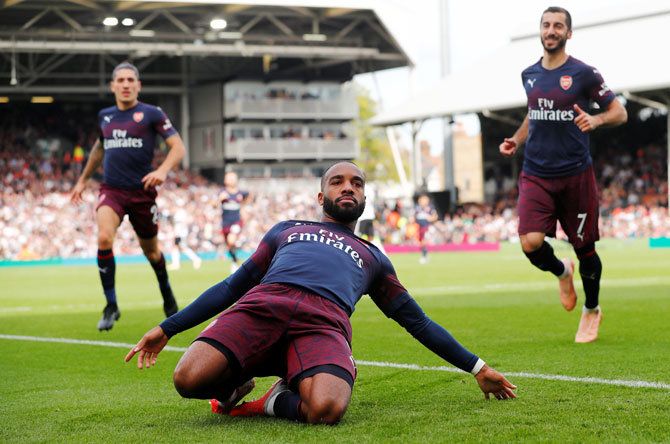 Two goals from Frenchman Alexandre Lacazette, a wonderful back-heeled strike from Aaron Ramsey and two more from Pierre-Emerick Aubameyang gave Arsenal a 5-1 win over Fulham at Craven Cottage in the Premier League on Sunday.

Fulham pressed forward in the opening minutes as they looked for their first win over Arsenal since January 2012, and Argentine midfielder Luciano Vietto very nearly beat Gunners keeper Bernd Leno in the second minute.

Fulham's powerful Serbian forward Aleksandar Mitrovic also had a number of half-chances but was unable to get any clear shots in on goal, with perhaps his best attempt a thumped volley over the bar from outside the area.

Against the run of play, Lacazette opened the scoring in the 29th minute for Arsenal, collecting a pass from Nacho Monreal, spinning round past defender Tim Ream and rifling the ball low into the corner of the net from close range.

Fulham's Andre Schurrle levelled the score just before the break, chipping calmly over Leno for his third league goal since joining the Cottagers in the summer on loan from Borussia Dortmund.

But the visitors ran rampant in the second half, with three unanswered goals. 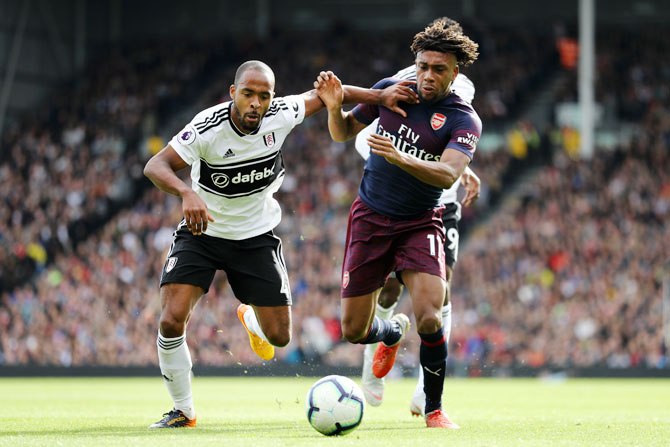 Lacazette scored his fourth league goal of the season before substitute Ramsey back-heeled in an exquisite third for the Gunners after a pass across the area from Aubameyang.

The Gabonese striker then took the game away from the home side with two more goals that left Fulham with the worst defensive record in the league by a distance, having let in four more goals than any other team.

"We don't show the Premier League level, and this is our situation," Fulham manager Slavisa Jokanovic told reporters.

"Today we tried, we offered some positive signs, but it's not enough."

The loss leaves the Cottagers on the edge of the relegation zone in 17th place, while Arsenal move up to third above Tottenham on goals scored and ahead of Chelsea who play at Southampton later in the day. 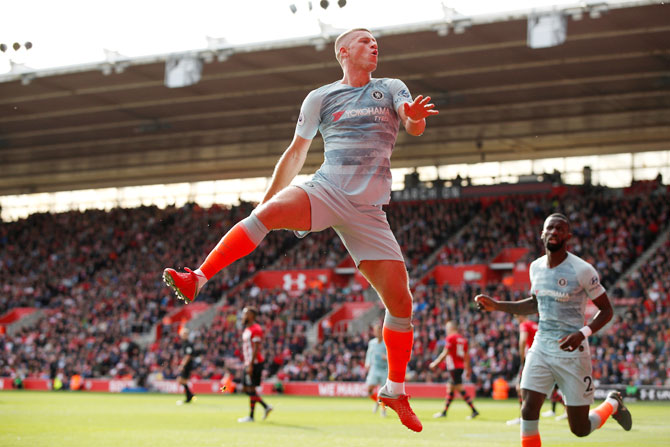 Ross Barkley scored his first goal for Maurizio Sarri's unbeaten Chelsea to help move them provisionally top of the Premier League in a 3-0 win at Southampton on Sunday.

Willian had a shot deflected on to the crossbar and Danny Ings missed a golden opportunity from close range at the other end, before Barkley created the opener for Eden Hazard.

The English midfielder pressed high to win back the ball and set up Hazard, the division's top scorer, who netted his seventh of the league season after 30 minutes at St. Mary's.

Barkley, who signed for Chelsea in January from Everton, bundled in the second with his knee from Olivier Giroud's acrobatic cross although TV replays suggested David Luiz had committed a foul in the build-up.

Hazard played in substitute Alvaro Morata to seal the win in stoppage time.

Barkley's goal and assist completed a memorable few days for the midfielder, who has just been recalled to the national squad for the games against Croatia and Spain.

The 24-year-old impressed at the heart of Chelsea's midfield, linking well with Jorginho and Hazard as the home side completed their ninth win in 11 games across all competitions this season.

"Ross Barkley is playing well. He scored and made an assist. He is doing well and working hard on the training ground," said Hazard.

Although Southampton should have taken a first-half lead through Ings, who blasted over from just a few yards out, they struggled to match Chelsea's pace and precision.

Ings was lucky to stay on the pitch after a wild second-half challenge on Mateo Kovacic as Southampton, who had six players booked, resorted to increasingly physical methods.

"It's too early to be thinking about the title, we know it is tough to win," said Hazard. "But it is good to be up there.

"We are enjoying playing well and scoring goals. The first half was not so easy, they missed big chances and then we have had a bit of luck for our first goal, but we controlled the match in the second half.

© Copyright 2020 Reuters Limited. All rights reserved. Republication or redistribution of Reuters content, including by framing or similar means, is expressly prohibited without the prior written consent of Reuters. Reuters shall not be liable for any errors or delays in the content, or for any actions taken in reliance thereon.
Related News: Fulham, Arsenal, Alexandre Lacazette, Craven Cottage, Bernd Leno
SHARE THIS STORYCOMMENT
Print this article 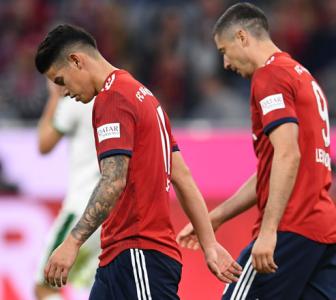 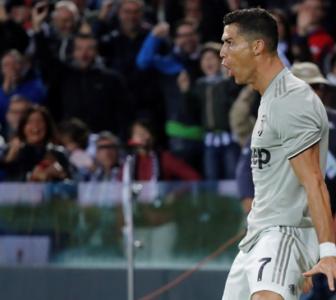 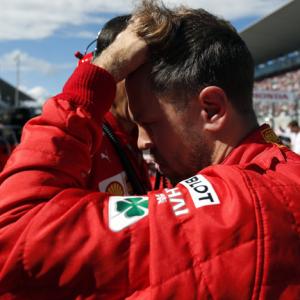 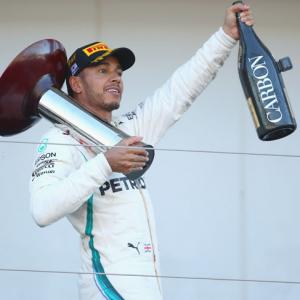