Everton chairman Bill Kenwright cut a resigned figure after meeting manager David Moyes late on Wednesday, admitting he could do little to prevent the Scot from making the seemingly inevitable move to Manchester United.

- Will Moyes or Mourinho replace Ferguson at United?

- United to ensure no repeat of post-Busby decline

Moyes was quickly installed as the bookmakers' favourite to replace Alex Ferguson, British football's most successful manager, who announced he was quitting the Old Trafford hot-seat on Wednesday after more than 26 trophy-laden years in charge. 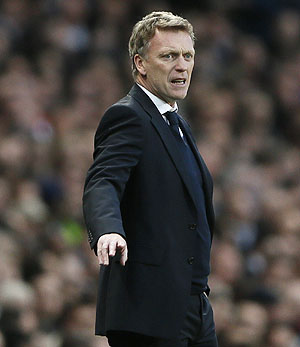 The odds on the Everton boss tumbled quickly throughout the day with one British bookmaker making the Scot 1-25 odds-on favourite, while others closed the market as money was instead spent on trying to predict his replacement at GoodisonPark.

Some British media reported that the deal for Moyes could be announced as early as Thursday morning.

"I don't know about a deal being done. David had a meeting scheduled with me and it was a good meeting," Kenwright told Sky Sports News after leaving his office just before 23:00.

"At the end of the day David's contract is up in six weeks time and he has a right to make his own decisions.

"He has served this club wonderfully well and he has a right to make his decision."

Real Madrid boss Jose Mourinho had briefly shared favourite status with Moyes but the odds on the Portuguese drifted out to 10-1 by the end of the day.

Kenwright said Moyes would definitely be in charge for Everton's next game at home to West Ham United on Saturday. Everton close out their campaign away to Chelsea on May 19 as Ferguson oversees his 1,500th game when United visit West Bromwich Albion.

Ferguson will stay on at Old Trafford as an ambassador and director at the 20-times English champions and United may also require the 71-year-old to act as a mediator should Moyes replace him.

Swamped under the Ferguson headlines, reports surfaced in British media on Wednesday that United striker Wayne Rooney had once again asked to leave Old Trafford.

Rooney began his career at Everton under Moyes, but the two subsequently fell out over an account in one of Rooney's autobiography of how the player came to leave Everton and sign for United.

Rooney was not for sale, a Manchester United spokesman said on Wednesday.

The striker criticised United's ambition in 2010 before performing a U-turn and signing a five-year contract extension days later. Rooney's form has been varied this season and he has often sat on the bench for key games.

The impending arrival of Moyes drew a mixed reception from United fans, reeling that the trophy-filled Ferguson era was coming to an end.

"It's the right time, wrong replacement. He has no real Champions League experience, he is unproven," Manchester pub landlord Dave Pawson told Reuters when asked of Moyes' suitability.

Moyes has spent 11 years at Goodison and has built a strong reputation by continually over achieving on a smaller budget than arch rivals Liverpool as well as other Premier League sides.

The lucrative Champions League group stages remained a step too far, however, and a 2009 FA Cup final loss to Chelsea was the closest he came to ending a barren run without a trophy for the nine-times English champions.

"If it is David Moyes then I congratulate him and feel sorry for him," former United boss Tommy Docherty told the BBC. "How can you follow the impossible?"

© Copyright 2021 Reuters Limited. All rights reserved. Republication or redistribution of Reuters content, including by framing or similar means, is expressly prohibited without the prior written consent of Reuters. Reuters shall not be liable for any errors or delays in the content, or for any actions taken in reliance thereon.
Related News: David Moyes, Manchester, West Ham United, Everton, Wayne Rooney
COMMENT
Print this article 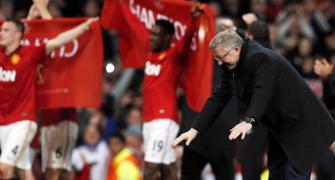 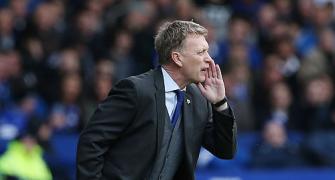 Will Moyes or Mourinho replace Ferguson at United? 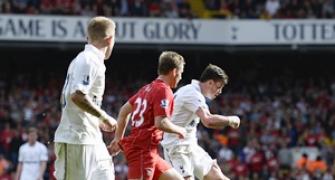 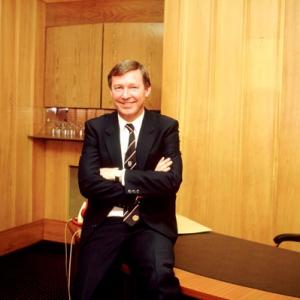 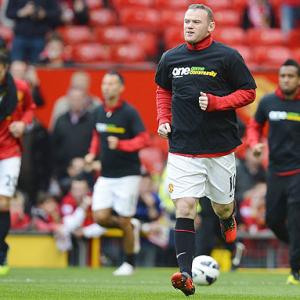