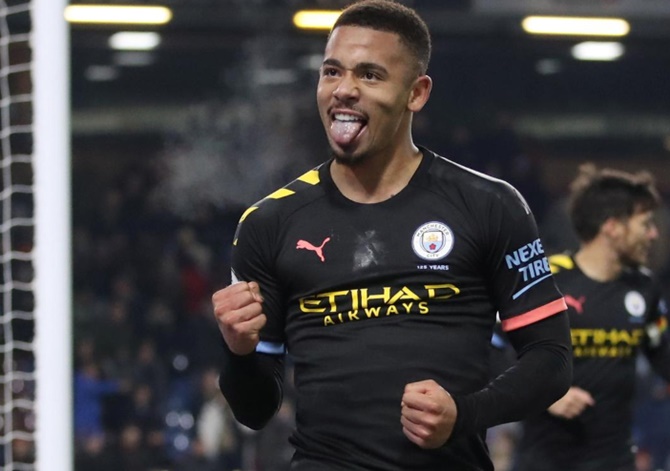 Manchester City’s Gabriel Jesus struck twice and Rodri scored a screamer in a 4-1 win at Burnley on Tuesday as the champions showed signs they may be able to keep the Premier League title race alive.

The victory takes Pep Guardiola’s side, who had drawn at Newcastle United on Saturday, into provisional second spot and back within eight points of leaders Liverpool ahead of the Merseyside derby with Everton at Anfield on Wednesday.

Jesus opened the scoring in the 24th minute and doubled City’s advantage five minutes after the break before a spectacular drive from Rodri and a low drilled shot from substitute Riyad Mahrez made it four.

A late consolation from Burnley substitute Robbie Brady will have annoyed Guardiola, whose side have now gone eight games in all competitions without a clean sheet but, that aside, this was back to business for City.

The Spaniard, though, dismissed talk of a title race comeback.

The way the City players celebrated the win showed they knew they could ill-afford another slip-up after being held at Newcastle United on Saturday.

In recent weeks City have looked well below the standards set in their two straight title campaigns and this season they had already dropped 13 points in their 14 games, only three short of their total for the whole of the last campaign.

With only one win in their last five games in all competitions, the pressure on City was real but the gap in quality between the elite clubs and the tightly-packed middle ranks of the Premier League was soon evident.

Burnley manager Sean Dyche switched from his usual 4-4-2 to a five-man midfield with Danny Drinkwater, on loan from Chelsea, making his first Premier League appearance in 21 months, but neither he nor his team mates troubled the champions.

City began to move the ball around with the kind of confidence and precision that has been their hallmark under Guardiola and they were soon ahead.

The breakthrough came after a swift exchange of passes ended with David Silva threading the ball to Jesus who, filling in for the injured Sergio Aguero, curled a shot into the far corner.

The lead could have been doubled two minutes before the interval when, after rare Burnley pressure, City broke and the counter ended with a Bernardo Silva drive which keeper Nick Pope saved superbly with his outstretched leg.

The second goal came when Bernardo Silva curled a probing cross towards the back post and Jesus reacted quickly to get in front of his marker Phil Bardsley and volley home.

Jesus, who had not scored in his previous 10 games for club or country, was buzzing and went close to a third with a burst of pace and another shot that fizzed just wide of the far post.

A blocked shot from David Silva then fell to Rodri on the edge of the box and the Spaniard blasted a thundering, unstoppable drive past Pope to make it three in the 68th minute.

Mahrez, given acres of space, got the fourth goal three minutes from the end with a low shot from the edge of the box before Brady gave the muted home crowd some cheer in the cold.

“We played with an incredible amount of passes and we needed that,” said Guardiola. “Here at Burnley it is not easy. We conceded one chance in the first half but we played in a clever way and it is a good performance,” he added. 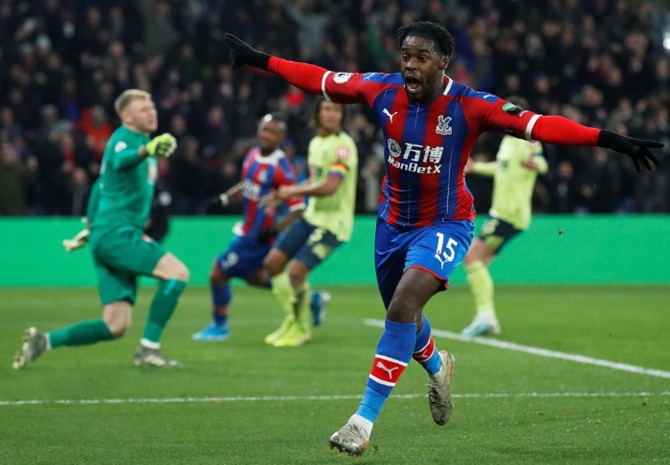 Jeffrey Schlupp delivered for 10-man Crystal Palace as he marked streaming giant Amazon’s arrival into Premier League broadcasting with a late goal in his side’s 1-0 victory over Bournemouth on Tuesday.

Palace were a man down from the 19th minute when Mamadou Sakho was sent off for a reckless tackle but the hosts were the better team and substitute Schlupp sent the Selhurst Park faithful home happy with his 76th-minute winner.

While it was a great night for Palace, who moved fifth with 21 points before Wednesday’s fixtures, the first live online stream of a Premier League match might have had some viewers clicking to the Christmas shopping options instead.

The first half was especially forgettable with the only talking point being Sakho’s out-of-control attempted clearance that left Bournemouth’s Adam Smith in a heap near the touchline.

“It’s always difficult playing with 10 men and then we lost our right back, so we were hard pushed,” a happy Hodgson, interviewed at pitchside by former Liverpool striker Michael Owen and former Arsenal defender Lee Dixon, part of a sizeable pundit team, said.

“It looked like we were doomed but the players showed they didn’t think they were doomed with the character they showed.”

Bournemouth, who have now lost four consecutive games to sit 12th with 16 points, failed to capitalise on their extra man though and Palace keeper Vicente Guaita was hardly troubled.

“It was not good enough,” manager Eddie Howe said. “They are very well organised and we ran out of ideas. We just lacked a bit of intelligence and spark.”

On a chilly night Palace’s fans at least kept up a noisy chorus to add some atmosphere and they were rewarded when Schlupp advanced unopposed down the left and fired a powerful left-foot shot through keeper Aaron Ramsdale.

If anything they could have won by a bigger margin as James McArthur’s dipping shot was turned away by Ramsdale soon after.

As part of their coverage viewers who subscribe to its Prime service can watch every one of this week’s 15th round of games — the first time at least one game in a round of fixtures has not been screened live by a television channel.

© Copyright 2020 Reuters Limited. All rights reserved. Republication or redistribution of Reuters content, including by framing or similar means, is expressly prohibited without the prior written consent of Reuters. Reuters shall not be liable for any errors or delays in the content, or for any actions taken in reliance thereon.
Related News: Manchester City, Gabriel Jesus, Pep Guardiola, Burnley, Rodri
SHARE THIS STORYCOMMENT
Print this article 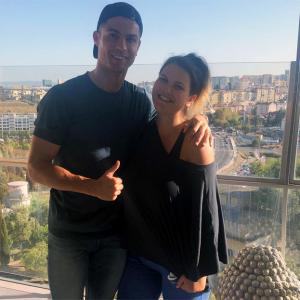 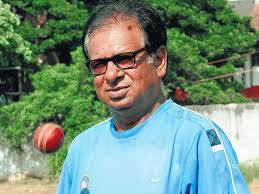