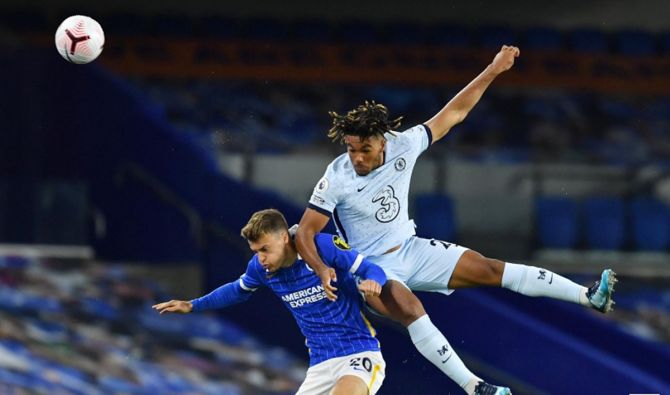 Chelsea got their Premier League campaign on track after 20-year-old right back Reece James helped them to a 3-1 win at Brighton & Hove Albion with a spectacular goal on Monday.

New signings Timo Werner and Kai Havertz made their debuts up front after the German internationals joined Frank Lampard’s side from the Bundesliga during the close season.

But it was James who gave the visitors a 2-1 lead with a thunderbolt into the top corner from 25 metres before a deflected shot by central defender Kurt Zouma sealed the points.

“It was a hard game after 1-1 but then Reece scored an amazing goal. We are very happy that we won today,” said Werner. “We had a lot of players not in the rhythm now but I think we will get better and better when we play more games together.”

Brighton had taken the game to Chelsea in the first half but fell behind after a defensive blunder in the 23rd minute when goalkeeper Mat Ryan fouled Werner in the area and Jorginho coolly converted the penalty.

Werner latched on to a through ball by Jorginho after a sloppy pass by Brighton midfielder Steven Alzate, who nearly made amends in the 35th minute with a dipping low shot that was parried by Chelsea goalkeeper Kepa Arrizabalaga.

Brighton’s brave approach was rewarded in the 54th when Leandro equalised with a 20-metre strike which bounced in front of the often criticised Arrizabalaga, who should have done better, although the home side’s joy was short-lived.

James restored Chelsea’s lead two minutes later with a goal any of the forwards would have been proud of as he teed himself up for an unstoppable shot which left Ryan clutching thin air.

Brighton defender Lewis Dunk missed a sitter soon after and the hosts were punished again in the 66th as Webster turned a tame Zouma effort past the stranded Ryan after James had swung in an inviting corner.

Brighton right back Tariq Lamptey produced a superb individual performance as he gave fullback Marcos Alonso a roasting on his flank and Chelsea were forced to make several desperate clearances to keep the Seagulls at bay.

But ultimately the London side’s superior technique made the difference although Werner and Havertz, the latter in particular, had a fairly quiet evening on the south coast. 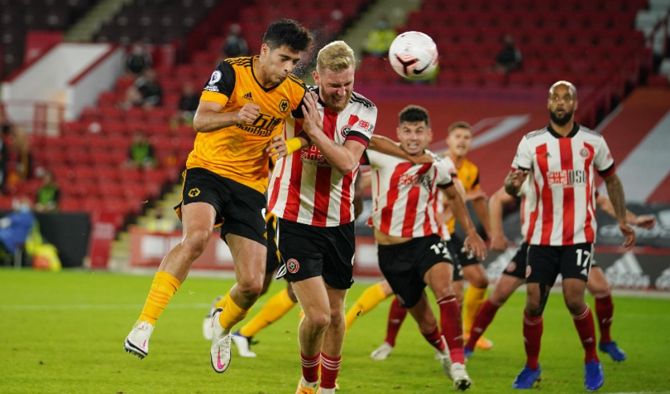 Wolverhampton Wanderers got their season off to a flying start with two goals in the first six minutes through Raul Jimenez and Romain Saiss to earn a 2-0 victory at Sheffield United in the Premier League on Monday.

Wolves’ 2019-20 season only finished on Aug. 11 after a mammoth campaign which took in 59 games in all competitions, but they showed no signs of weariness as they took the lead inside three minutes in the sunshine at Bramall Lane.

The goal came from a familiar source -- the club’s top scorer last season Jimenez -- and 205 seconds later they scored again as Saiss headed in a corner to stun the hosts.

It meant Wolves are the first Premier League side to score two goals inside six minutes on the opening day of the season.

United stepped it up a gear after the interval and almost got back in the match through John Fleck, but the Scotland international’s powerful strike came back off the post.

Wolves should have extended their lead in the 71st minute after home goalkeeper Aaron Ramsdale brilliantly tipped Saiss’ strike onto the post but Jimenez stabbed the ball just wide with the empty goal at his mercy.

The hosts kept coming but, while they created plenty of openings, Chris Wilder’s side could only muster two shots on target in the match as their second season back in the top flight began in disappointing fashion.

“We started fast and aggressive,” said Wolves manager Nuno Espirito Santo, who has just signed a new three-year deal. “We went for the game in those moments and it made all the difference.

“It was a quick turnaround (between seasons) but the players were amazing the way they worked.”

Wilder was not too disheartened with his side’s overall performance.

“To recover from as poor a start as I can remember here was always going to be a tough ask,” Wilder said.

“We gave it a right go, got into the right positions and when you do you have to find that little bit. I felt we just missed something.” 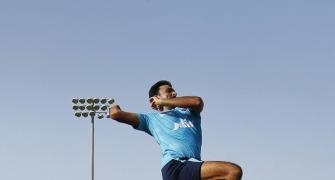 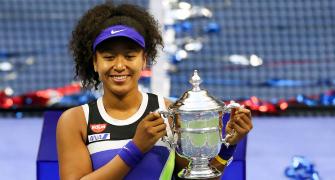 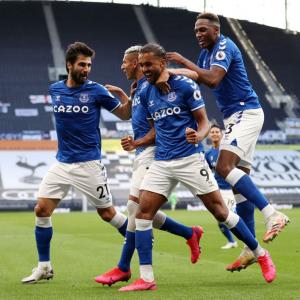 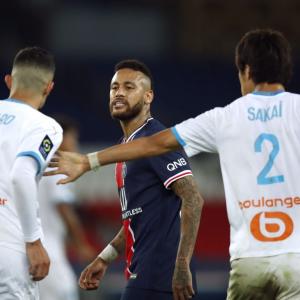