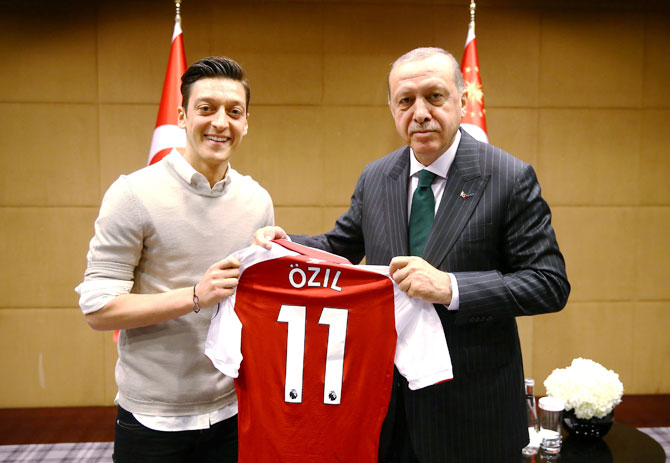 German soccer international Mesut Ozil defended on Sunday a photograph in which he was pictured beaming with Turkish President Tayyip Erdogan, saying he was merely respecting the highest political office of his family's country.

Ozil, a member of the 2014 World Cup-winning side who played again in this year's tournament, drew criticism at home after he met Erdogan in May. He and Ilkay Gundogan -- a teammate also of Turkish descent who likewise posed with Erdogan -- were jeered in warm-up games before the World Cup in Russia.

At the height of the row Ozil made no comment on his meeting in London with Erdogan, an outspoken critic of Germany who was campaigning for re-election at the time.

However, in a statement posted on his Twitter account on Sunday, Ozil said if he had not met the Turkish president, he would have been "disrespecting the roots of my ancestors" and it did not matter who was president.

"For me having a picture with President Erdogan wasn't about politics or elections, it was about me respecting the highest office of my family's country," he said.

Ozil said the meeting did not amount to any endorsement of Erdogan's policies and added that they had discussed football.

Relations between Germany and Turkey have soured amid a crackdown by Erdogan's government on suspected supporters of a failed military coup in July 2016.

Ozil said his mother had always told him to be respectful and remember his ancestry, heritage and family traditions, adding: "I have two hearts, one German and one Turkish."

Many fans and politicians in Germany were angered by the photo with Erdogan and it was widely criticised by politicians and Germany's football federation, who argued that Erdogan did not sufficiently respect German values.

The German soccer team failed to make it out of the group stage of this year's World Cup in Russia, making their earliest tournament exit in 80 years.

Ozil said he could not accept "German media outlets repeatedly blaming my dual-heritage and a simple picture for a bad World Cup on behalf of an entire squad".

Earlier this month Oliver Bierhoff, Germany's team manager, said Germany should have considered leaving Ozil out of the World Cup squad following the furore caused by the photo.

Gundogan said at the time it had not been his intention to create a political issue with the photo.

© Copyright 2020 Reuters Limited. All rights reserved. Republication or redistribution of Reuters content, including by framing or similar means, is expressly prohibited without the prior written consent of Reuters. Reuters shall not be liable for any errors or delays in the content, or for any actions taken in reliance thereon.
Related News: Tayyip Erdogan, Mesut Ozil, Germany, Ilkay Gundogan, Oliver Bierhoff
SHARE THIS STORYCOMMENT
Print this article 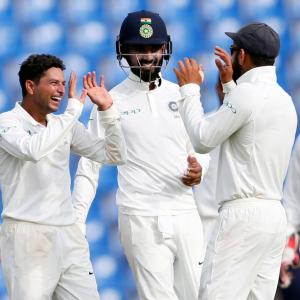