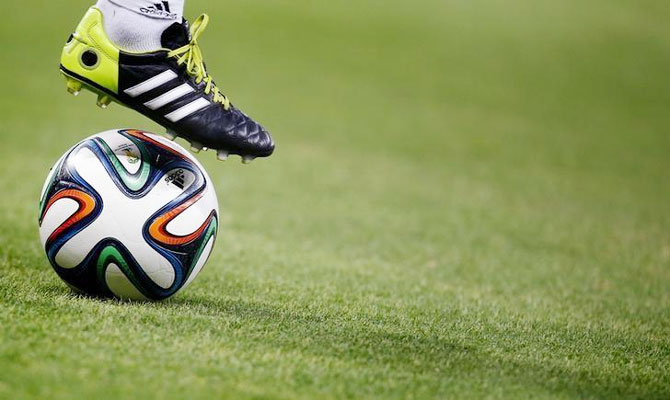 IMAGE: A foot is seen atop a soccer ball during the final training session of Mexico's national soccer team in Fortaleza June 16, 2014 (Image usesd for representational purposes) Photograph: Kai Pfaffenbach/Files/Reuters

Five English Premier League and three Championship (second tier) soccer clubs are being investigated in relation to allegations of widespread historical child sex abuse in the sport dating back to the 1970s, British police said on Monday.

The Metropolitan Police Service, who confirmed last month that it had launched an investigation into allegations at soccer clubs in London, said on Monday it had received 255 separate allegations of sexual abuse at 77 named clubs or teams.

"As of Monday, 30 January, the investigative team, with officers from the Sexual Offences, Exploitation and Child Abuse Command, have received 255 separate allegations," the Met Police said in a statement.

It added the allegations were connected with individuals at 77 named clubs or teams including five in the Premier League; three in the Championship; three in Leagues One and Two (third and fourth tier), and 66 other named clubs, which include non-league or non-professional or amateur teams.

Earlier this month, British police said they had identified 184 potential suspects and 526 victims, adding that other sports had also been implicated in the child sex-abuse scandal.

Police forces across the country launched inquiries after former player Andy Woodward revealed in November he had been abused as a boy by a youth team coach, prompting other ex-professionals to come forward with allegations.

British police said 1,016 referrals of sports abuse had been passed to specialist detectives from a child protection charity and police.

The National Police Chiefs' Council (NPCC) said 248 soccer clubs had been impacted although not all were under investigation.

© Copyright 2020 Reuters Limited. All rights reserved. Republication or redistribution of Reuters content, including by framing or similar means, is expressly prohibited without the prior written consent of Reuters. Reuters shall not be liable for any errors or delays in the content, or for any actions taken in reliance thereon.
Related News: National Police Chiefs ' Council, Child Abuse Command, Metropolitan Police Service, Andy Woodward, Manchester City
SHARE THIS STORYCOMMENT
Print this article