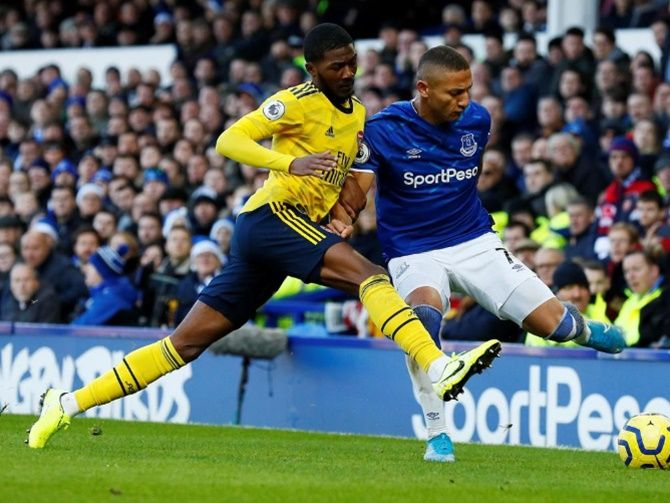 Everton were held to a 0-0 home draw by Arsenal on Saturday in a dull Premier League clash, which took a back seat to both clubs naming new managers in a bid to revive their fortunes.

Carlo Ancelotti, named as the new Everton manager barely an hour before the kickoff, got a first glimpse of the Toffees from the directors’ box as did Arsenal’s new head coach Mikel Arteta who was appointed by the Gunners on Friday.

A battle of outgoing caretakers - Everton’s Duncan Ferguson and Arsenal’s Freddie Ljungberg - failed to produce any fireworks and suggested their successors face a demanding task to rebuild their respective clubs.

Former Everton striker Ferguson, who oversaw a 3-1 win over Chelsea coupled with draws against Manchester United and Arsenal, acknowledged he would join Ancelotti’s backroom staff a happy man.

“We wanted three points but what a fantastic performance from us,” Ferguson told BT Sport.

“I couldn’t have asked anymore from the players - they’ve been fantastic for me.

“It was a bit scrappy and we were a bit leggy after (the League Cup defeat by Leicester City on) Wednesday but we fought it out and we got a point and a clean sheet.”

Everton dictated proceedings in the first half as Gylfi Sigurdsson hit the side-netting from a free kick and striker Cenk Tosun could not get any direction on a sharp low cross by Tom Davies.

Everton goalkeeper Jordan Pickford produced a superb reflex save to deny Pierre-Emerick Aubameyang from close range shortly after the break before an almighty goalmouth scramble nearly resulted in an own goal at the other end.

Neither side could find a breakthrough in the closing stages with Arsenal packing their defence to deal with a flurry of Everton crosses into their penalty area.

Ljungberg said he was still uncertain whether he would remain at Arsenal as part of Arteta’s staff.

“I’ve been told by the club they want me to stay but I will have a meeting with Mikel tomorrow and hopefully it’s a good one,” said the Swede.

“I wanted to see people that would run and fight for the team. We can’t rely on our name - we have to fight and do the dirty things. We had a very young side out there because I wanted energy and I wanted to give them chances.” 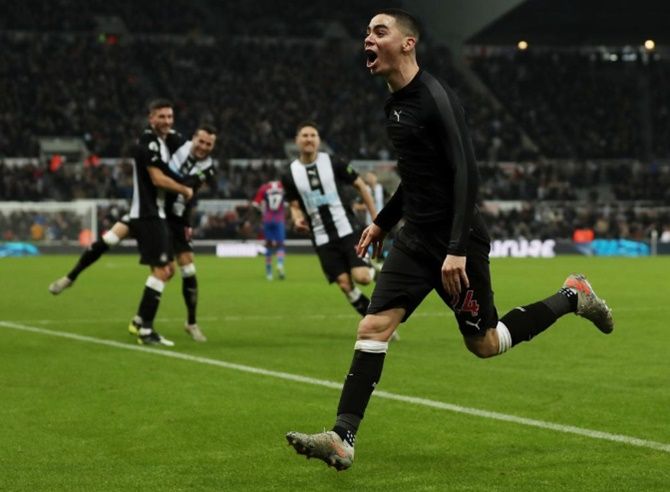 Miguel Almiron’s late goal sealed a 1-0 victory for Newcastle United in a poor game at St James’ Park on Saturday.

Almiron finally broke his Newcastle duck in the 83rd minute of his 27th league appearance for the club when he struck home left-footed.

The Paraguay international fired the winner after Andy Carroll had headed down inside a crowded area.

Victory saw Newcastle leapfrog Palace into the top-half of the table with 25 points from 18 games.

Wolves hit back to win at Norwich 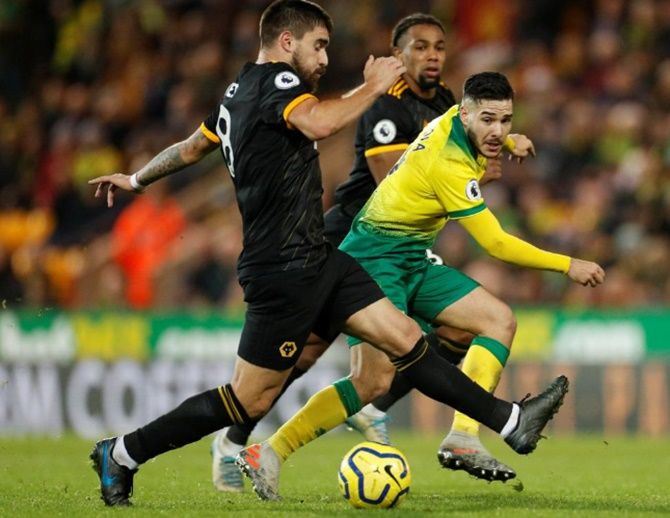 Wolverhampton Wanderers got back to winning ways as they punished relegation-threatened Norwich City with a second-half comeback to win 2-1 in the Premier League on Saturday.

After their 11-match unbeaten run was ended by Tottenham Hotspur the previous week, Wolves were dreadful before halftime but goals by Romain Saiss and Raul Jimenez sealed victory.

Roared on by the Carrow Road faithful Norwich outplayed Wolves in the first half and had they been more ruthless the points could have been in the bag before the interval.

Norwich took the lead in the 17th minute when Wolves failed to clear McLean’s cross and Todd Cantwell smashed the ball home.

Teemu Pukki was twice denied by the over-worked Patricio as Wolves staggered to halftime only a goal in arrears.

Predictably, Wolves were a different proposition after the break and equalised after 62 minutes when the increasingly-influential Joao Moutinho whipped in a cross that Saiss met with a powerful header.

Norwich were deflated and Wolves snatched victory in the 81st minute with Jimenez on hand to convert a rebound after keeper Tim Krul saved Matt Doherty’s point-blank effort.

Oliver McBurnie scored the only goal of the game as Sheffield United extended their superb unbeaten away record in this season’s Premier League with a 1-0 win over Brighton and Hove Albion on Saturday.

The visitors had already had a goal ruled out by the video assistant referee (VAR) when McBurnie exploited indecision in the Brighton defence to take control of a long ball and lash home the winner midway through the first half.

Instead it was David McGoldrick who almost made it 2-0 early in the second half, snapping up another poor header and rounding the goalkeeper before shooting into the side netting with the goal at his mercy.

Brighton’s attacking fortunes improved slightly in the second half as the rain poured down, with teenage striker Connolly proving a handful with his quick feet and direct style, but they could not force an equaliser.

The win, Sheffield’s third in a row in the league, lifted the Blades to fifth in the table on 28 points, one behind Chelsea, who play Tottenham Hotspur on Sunday. Brighton remain in 13th on 20 points.

© Copyright 2021 Reuters Limited. All rights reserved. Republication or redistribution of Reuters content, including by framing or similar means, is expressly prohibited without the prior written consent of Reuters. Reuters shall not be liable for any errors or delays in the content, or for any actions taken in reliance thereon.
Related News: Manchester United and Arsenal, Everton, Duncan Ferguson, Carlo Ancelotti, Mikel Arteta
SHARE THIS STORYCOMMENT
Print this article 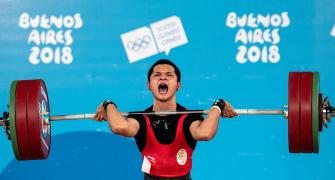 Jeremy smashes national and his own Youth World record 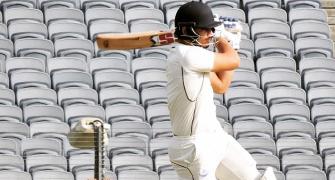 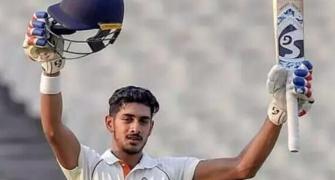 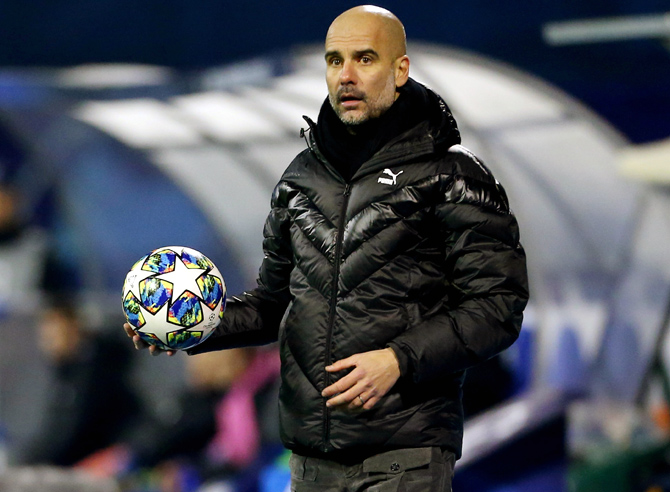