Manchester United against Chelsea has often been a seminal fixture in deciding the destiny of the Premier League title in recent years but Monday's clash at Old Trafford has a very different backdrop.

United have slipped to sixth in the standings following three successive defeats while champions Chelsea languish in 15th place after a dismal start to the campaign that brought about the dismissal of their manager Jose Mourinho last week.

Louis van Gaal hinted after United's feeble 2-0 loss at Stoke City on Saturday that he could quit before being forced to relinquish the hot seat and the game against Chelsea, managed by his Dutch compatriot Guus Hiddink, could well be his last.

That Mourinho has been strongly linked with a move to Old Trafford adds another intriguing sub-plot to the game and the United players know they must step up.

"It's Manchester United we are playing for, it's a special club and it's a privilege to play. We need to do better, it's as simple as that," midfielder Michael Carrick said after the Stoke game.

"We have got another game quickly to get ourselves ready for and we have got to stand up and be ready for that."

Hiddink led Chelsea to an unconvincing 2-2 home draw with Watford in his first game in charge.

"Every Chelsea versus Manchester United game is big but this one is especially of course," he said.

"I hope we can show the same ambition there that we showed in a big part of this game." Chelsea did fight back from 2-1 down against Watford thanks to two goals from striker Diego Costa who will miss the United game due to suspension.

Van Gaal left his captain Wayne Rooney on the substitutes' bench against Stoke and his introduction prompted an improved performance after a shambolic first half in which the hosts scored twice.

The England striker has endured a frustrating season in a team that has failed to play with any of the attacking brio that brought United 13 Premier League titles under manager Alex Ferguson.

That conservative style has turned the United fans against Van Gaal more than the disappointing results and if they fail to beat Chelsea it is highly likely that the club will be taking a third shot at finding a worthy successor to Ferguson.

© Copyright 2021 Reuters Limited. All rights reserved. Republication or redistribution of Reuters content, including by framing or similar means, is expressly prohibited without the prior written consent of Reuters. Reuters shall not be liable for any errors or delays in the content, or for any actions taken in reliance thereon.
Related News: Chelsea, Manchester United, Louis van Gaal, Guus Hiddink, Wayne Rooney
COMMENT
Print this article 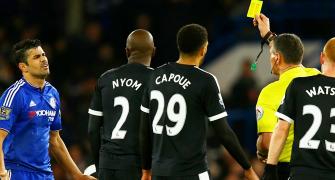 Chelsea has 24 hours to solve their problems... 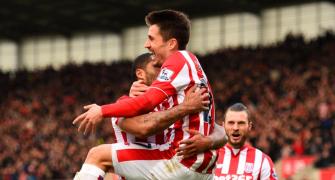