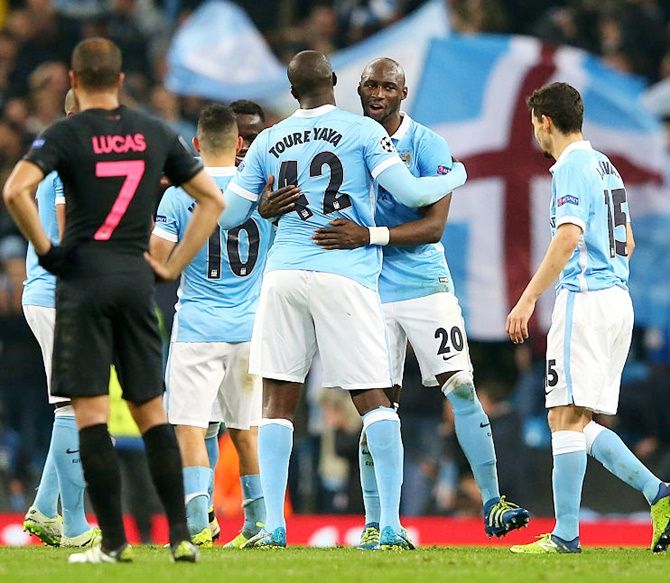 Manchester City will be without David Silva, Raheem Sterling and captain Vincent Kompany for this weekend's visit to Chelsea, manager Manuel Pellegrini told reporters on Friday.

But Yaya Toure, who came on during the midweek Champions League win over Paris St Germain, will be available.

"Yaya, 100 per cent fit is an important player and can make a difference starting or playing 30 minutes," Pellegrini said.

City hope Kompany and Sterling will be available for Tuesday's Premier league game at Newcastle United.

Silva, who picked up an ankle injury in the PSG match, will be handled carefully for the rest of the season to keep him fit for the biggest games, Pellegrini said.

Saturday's visit to StamfordBridge is an important one with City in fourth place.

With Chelsea, who have striker Diego Costa available after suspension, in mid-table, interim manager Guus Hiddink said that there was "a little bit of emptiness" at the club.

"This club is used to getting involved in the last weeks and months of the season," he told a news conference.

"What I ask of them is to go into tomorrow's match and the rest of the league matches with the ambition and desire for a good run."

Chelsea, who lost 3-0 at City this season, are 10th in the league table and out of all the cup competitions.

© Copyright 2021 Reuters Limited. All rights reserved. Republication or redistribution of Reuters content, including by framing or similar means, is expressly prohibited without the prior written consent of Reuters. Reuters shall not be liable for any errors or delays in the content, or for any actions taken in reliance thereon.
Related News: Chelsea, Manuel Pellegrini, Paris St Germain, Yaya Toure, Manchester City
COMMENT
Print this article