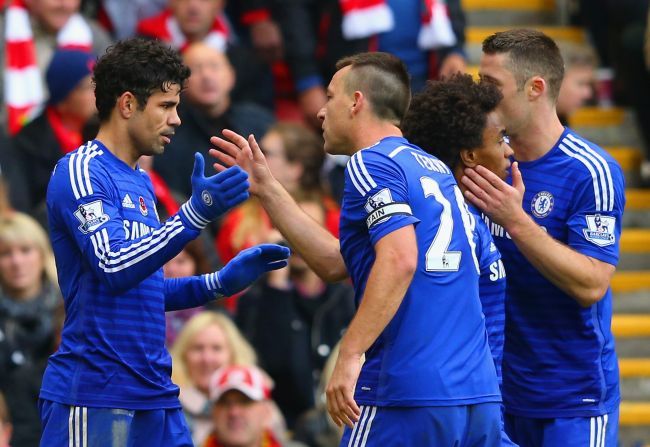 Chelsea were declared the "autumn champions" by coach Jose Mourinho as they maintained their unbeaten start to the season with a 2-1 win at Anfield on Saturday that kept them four points clear of Southampton at the top of the Premier League.

Relentless Southampton won 2-0 at home to Leicester City and there was also a tight victory for Manchester United with champions Manchester City playing later.

What Mourinho really wants is for Chelsea to be crowned champions in May but for the moment he is settling for his self-appointed award after Chelsea's come-from-behind win thanks to goals from Gary Cahill and Diego Costa.

"I think we have a very good chance to win the title but I think we, Arsenal, Manchester City, Manchester United and Southampton are all still in the race. All we can say is that we are the champions of the autumn," he said.

"I think we were very impressive, we want to play, we want to win, we want the ball. The best team by far was the blue team and the team that deserved to win was Chelsea."

‘Unbeaten through the season is the impossible job’ Although he does not think Chelsea can emulate Arsenal's achievement of 2003-04 by remaining unbeaten for the whole season, he was delighted after his team took the three points back to west London.

"Unbeaten through the season is the impossible job, I think we will lose eventually," he said.

Chelsea moved on to 29 points from their opening unbeaten 11 games, four ahead of Southampton who made it 11 wins out of 12 in all competitions after Shane Long came on as a 67th-minute substitute and scored with a left-foot shot on 75 minutes and a right-foot effort five minutes later. 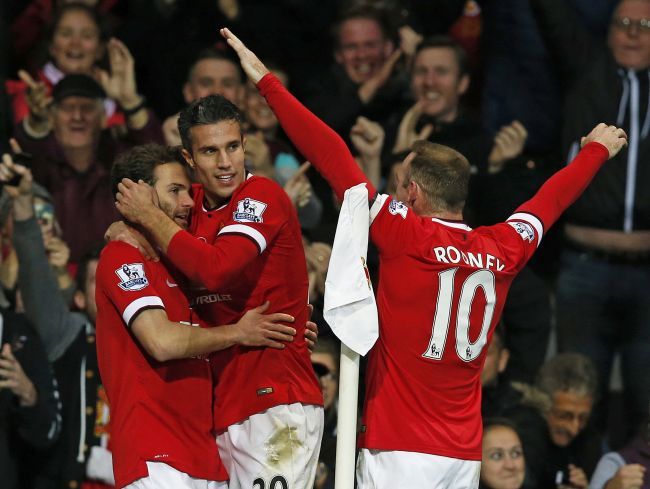 Elsewhere, goals were in short supply as Manchester United ended a three-match run without a win by beating Crystal Palace 1-0 at Old Trafford with a 67th-minute effort from substitute Juan Mata.

The goal was somewhat fortuitous as Palace goalkeeper Julian Speroni, who had an otherwise sound game, allowed Mata's long-range shot to slip through his hands.

Mata, who had only been on for four minutes before breaking the deadlock, told Sky Sports United needed the win.

"It was massive. It was very, very important after three games without winning. We needed the three points and finally we got them. It was a difficult game, they played very well in the first half, were very compact and had a great chance to take the lead." 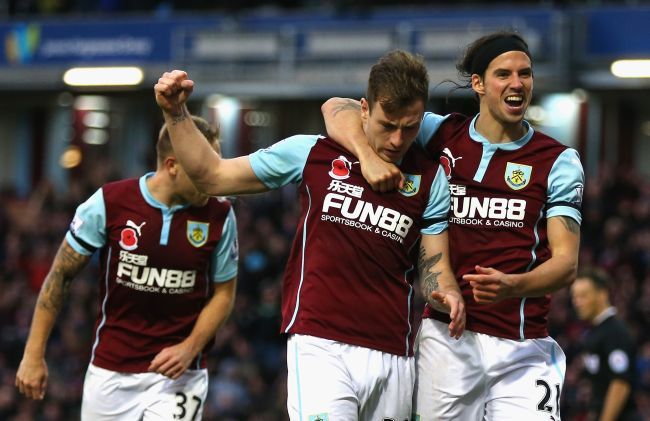 Burnley also scored a narrow 1-0 win at home, with a header from Ashley Barnes after 50 minutes at Turf Moor enough to give them the three points against Hull City and their first league win since being promoted back to the Premier League at the end of last season.

Hull only had 10 men for the final 20 minutes after their captain Curtis Davies went off with an injury when his side had already made three substitutions.

West Ham United moved up to fourth in the table, at least until Swansea City and Arsenal play each other on Sunday, after a 0-0 draw at Upton Park with Aston Villa, whose run of six successive defeats came to an end.

Although West Ham did not score, they welcomed back England striker Andy Carroll for his first appearance of the season since recovering from an ankle injury. He went close to scoring twice in the few minutes he was on the field.

Emre Can scored his first goal for Liverpool Emre Can of Liverpool celebrates scoring the opening goal during the Barclays Premier League match against Chelsea at Anfield. Photograph: Alex Livesey/Getty Images

The most exciting match of the afternoon came in the lunchtime kickoff at Anfield where Emre Can scored his first goal for Liverpool with a long-range shot after nine minutes which took a deflection off Cahill's shoulder and left Chelsea keeper Thibaut Courtois stranded.

Cahill pulled Chelsea level after 14 minutes -- awarded after the Goal Decision System proved the ball had crossed the line even though the defender's shot was smothered by Liverpool keeper Simon Mignolet.

Costa settled the points in the 67th minute when he put Chelsea ahead with a low, powerful drive, but Liverpool thought they should have had a penalty in the 88th minute when Cahill appeared to handle a Steven Gerrard shot.

Their strong claims were denied, though, as they had to contemplate a third defeat in a week. 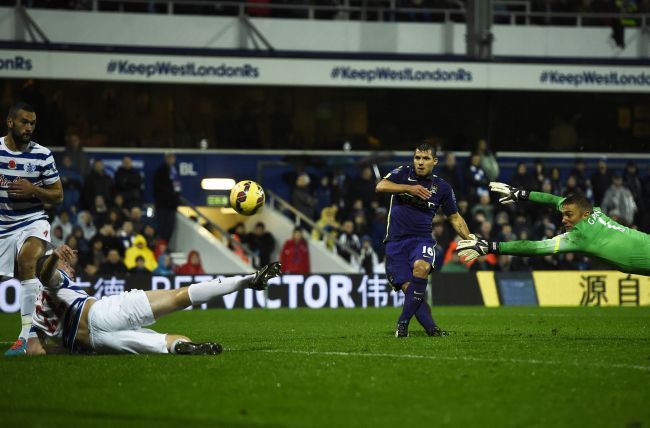 Champions Manchester City's poor run continued when they twice came from behind at QPR to draw 2-2 thanks to two goals from Sergio Aguero who took his league tally to 12 for the season.

Charlie Austin had two efforts disallowed early on before putting QPR ahead in the 21st minute. Aguero made it 1-1 11 minutes later before QPR went back in front after 76 minutes when Martin Demichelis headed into his own net.

Aguero saved City's blushes with a well worked equaliser seven minutes from the end but City have now only won once in their last six matches in all competitions.