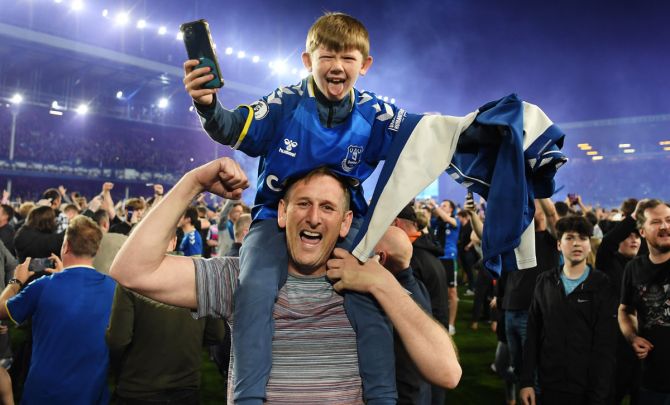 Everton secured their English Premier League status as Dominic Calvert-Lewin scored five minutes from time to snatch a thrilling 3-2 victory over Crystal Palace after they rallied from two goals down at a rocking Goodison Park on Thursday.

Everton needed a win to ensure they continued their 68-year top-flight stay and Calvert-Lewin, who has been a peripheral figure this season due to injury, headed a Demarai Grey free-kick in at the Gwladys Street end to spark a pitch invasion.

Jean-Philippe Mateta and Jordan Ayew, who could have had a red card moments earlier, scored first-half goals for mid-table Palace but Everton responded after the break with goals from Michael Keane and Richarlison before Calvert-Lewin’s winner. Everton move to 39 points from 37 games, four clear of relegation rivals Burnley and Leeds United, which ensures they go into Sunday’s final game of the season at Champions League-chasing Arsenal with the pressure on them since January now off.

"It was unbelievably special," Calvert-Lewin told Sky Sports. "The amount of pressure that we were under, going two goals down and then to get to 2-2, I just felt that another chance would come.

"I just had to make sure I was in the right area. It was an incredible experience.

"It’s why we love the game, it’s why the fans love the game. You don’t want to be in the position we were, but then it produces moments like this.

"You can go from low to high so quickly. It is the biggest weight in the world that has been lifted!" 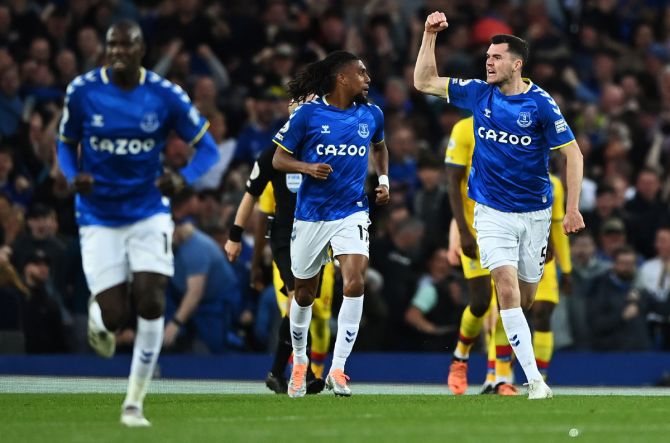 Palace went ahead after 21 minutes when Eberechi Eze’s free-kick was met by Matete with a simple headed finish as Everton's set-piece woes were on show again.

Ayew was fortunate not to receive a red card after a crunching tackle on Anthony Gordan only drew yellow, and then minutes later scored the second goal for the visitors.

It was a setback of Everton’s own making as captain Seamus Coleman lost the ball on the halfway line.

As Palace broke into the box, a mix-up between Everton goalkeeper Jordan Pickford and defender Vitali Mykolenko allowed Wilfred Zaha to fire at goal, the ball ricocheting into the net off Ayew after 36 minutes.

Everton started the second half much brighter and pulled a goal back through Keane. They kept pressing after that and drew level through Richarlison.

The home fans roared Everton forward in search of a vital third and Calvert-Lewin, a player who has drawn some criticism for his perceived poor performances in recent weeks, came up with their magic moment to send Goodison Park wild.

"The way the fans have been supporting us has been unbelievable," Calvert-Lewin added. "I think they've made the difference for us.

"Some fans have questioned my commitment to the club, but I always give 100% and I hope my goal showed that." 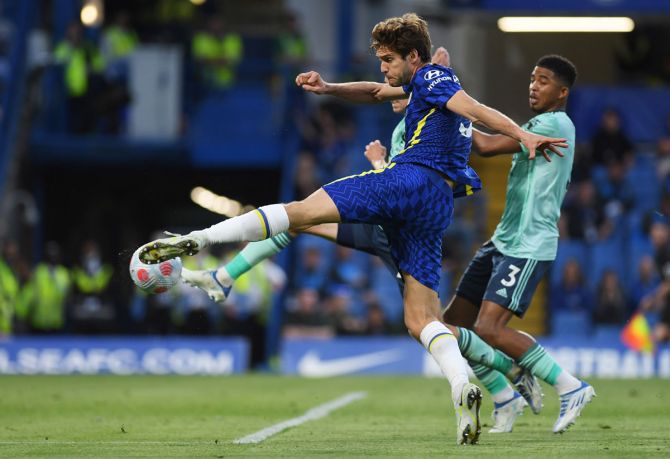 Chelsea defender Marco Alonso scored a glorious equaliser to earn a 1-1 home draw with Leicester City on Thursday and effectively seal third place in the Premier League ahead of the final round of fixtures.

The draw lifted Chelsea to 71 points, 19 behind leaders Manchester City and three ahead of London rivals Tottenham Hotspur in fourth, but Chelsea's far superior goal difference means Spurs have no realistic chance of overtaking them.

Chelsea will be disappointed not to win a game in which they had 27 shots but scored only one goal as they dominated possession.

In contrast, Leicester scored with their only effort on target after seven minutes as Kasper Schmeichel sent a sweeping long ball to Timothy Castagne and his deflected pass fell into the path of James Maddison who curled a shot past Edouard Mendy.

Chelsea's 34th-minute equaliser was exquisite as Reece James lofted a diagonal ball into the area for Alonso to volley home and it looked a matter of time before they added to their tally.

Thiago Silva sent a raking ball into the box but the lively Hakim Ziyech could not connect with it as Chelsea sought to turn their dominance into goals.

They earned a number of corners and free kicks around the area and though Leicester's loose defending at set pieces has proved costly all season, Schmeichel was quickly off his line to claim the ball and avert danger.

Christian Pulisic missed a glorious chance to bag the winner for Chelsea, completely miscuing his shot from Romelu Lukaku's ball across the face of goal and sending his effort wide.

"We were the better team and deserved to win, we didn't allow any chances, got punished by a shot from outside the box," Chelsea manager Thomas Tuchel told reporters.

"We created enough to win, didn't allow transition and chances for Leicester, so I am fine with the performance.

"It's a bit of a broken record - we did not take what we deserve."

Chelsea round off their league campaign at home to relegated Watford on Sunday when Leicester, who are in ninth place on 49 points, host Southampton. 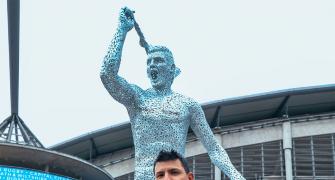 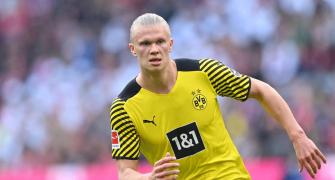 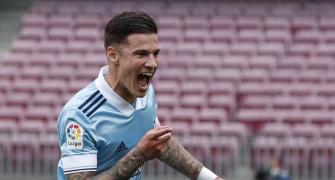