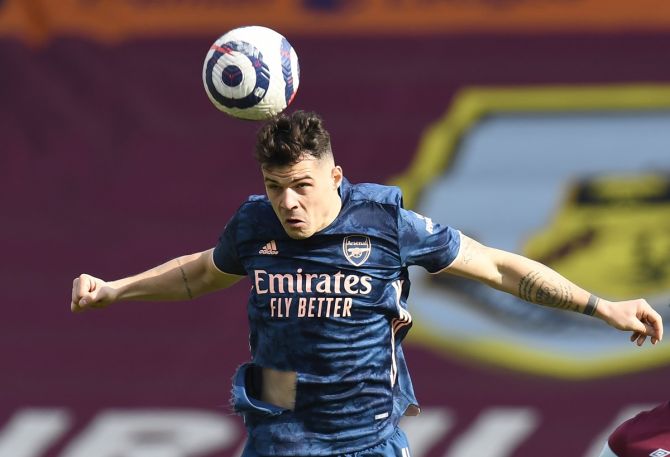 A dreadful defensive error from Arsenal's Granit Xhaka gifted Burnley an equaliser as the sides drew 1-1 at Turf Moor in the Premier League on Saturday.

Dani Ceballos hit the post in stoppage time after some late VAR drama saw a penalty and red card against Burnley overturned as the Lancashire side, 15th in the table, drew for the fifth straight home game.

The Gunners had taken a sixth minute lead when Willian ran at Burnley defence and fed Pierre-Emerick Aubameyang, whose low shot snuck in at the near post despite Burnley keeper Nick Pope getting a hand to the ball.

Mikel Arteta's side looked comfortably in charge of the game until the shocking mistake six minutes before the break.

Arsenal attempted to play the ball out from the back with keeper Bernd Leno passing to Xhaka deep in the penalty area, but the Swiss international's attempted pass to David Luiz struck Clarets striker Chris Wood and ricocheted into the net.

The North Londoners struggled to put Burnley under pressure after the interval, with Arteta eventually turning to Nicolas Pepe and Alexandre Lacazette to liven up his attack.

Arsenal felt they should have had a penalty when the ball struck the arm of Burnley's Erik Pieters in the box but shortly after the Dutchman went close to putting his side ahead with a volley that Leno did well to tip over the bar.

Leno was in action again when Matej Vydra slipped the ball across the box to Wood, but the striker's shot was superbly kept out by the diving German keeper.

Pepe missed a good opportunity at the other end and was then involved in some VAR drama when referee Andre Marriner awarded a penalty and sent off Pieters for handball as he cleared a goalbound Pepe shot.

Both decisions were then overturned by VAR after replays showed Pieters had chested the ball.

An unfortunate afternoon for Arteta's 10th-placed side concluded when Ceballos' fierce drive in stoppage time rattled against the bar.

Burnley manager Sean Dyche said the VAR decision was an example of the value of the system.

"That is what VAR is for, those exact moments. That is when it (VAR) is worth its weight in gold because it clearly hits him on the shoulder," he said.

"The only thing I would say about the referee is that he couldn't wait to get the red card and I don't know why that is. Just take a moment and absorb it and then make a decision, in my opinion," added Dyche.

Arsenal keeper Leno said Xhaka had been unfortunate with the Burnley goal.

"We wanted to build out again because it had been working, and it was very unlucky from Granit but it happens.

"There is always risk to play out from the back, but this is our style. I think we have more than enough situations where it works to our advantage," he said.

Saints scythe down Blades for first league win in 10 games 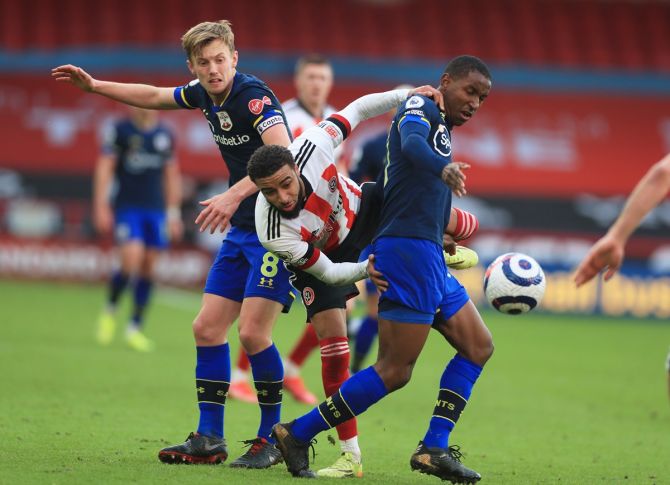 Southampton claimed their first Premier League victory in 10 games as skipper James Ward-Prowse's first-half penalty and a thunderbolt from Che Adams secured a 2-0 win over Sheffield United at Bramall Lane.

Southampton, league leaders in November, have been dragged into the bottom half of the table due to poor form and injuries, but Ralph Hasenhuettl's 14th-placed side showed their battling qualities in his 100th game in charge.

They went ahead in the 32nd minute through midfielder Ward-Prowse's penalty after Ethan Ampadu mistimed his challenge on Nathan Tella, with the Saints midfielder bearing down on goal after latching on to a long ball from Ibrahima Diallo.

Substitute Adams, who came on for the injured Danny Ings in the first half, doubled Southampton's lead with a right-footed rocket from distance against his former club as the bottom-placed hosts failed to clear their lines.

© Copyright 2021 Reuters Limited. All rights reserved. Republication or redistribution of Reuters content, including by framing or similar means, is expressly prohibited without the prior written consent of Reuters. Reuters shall not be liable for any errors or delays in the content, or for any actions taken in reliance thereon.
Related News: Burnley, VAR, Southampton, Granit Xhaka, Erik Pieters
COMMENT
Print this article 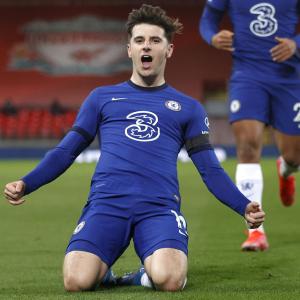 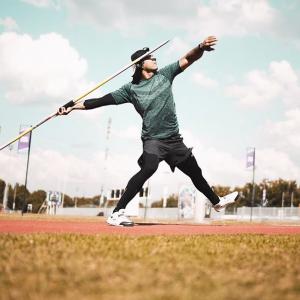