Photos from the English Premier League matches played on Saturday 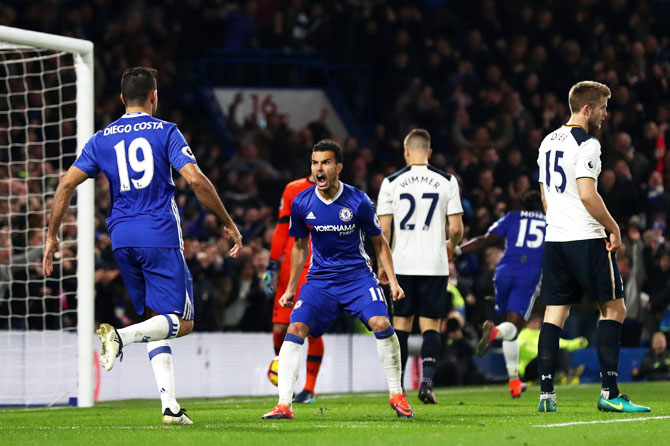 Chelsea stayed at the top of the Premier League after coming from a goal down to beat Tottenham Hotspur 2-1 at StamfordBridge on Saturday after earlier winners ManchesterCity and Liverpool also briefly scaled summit on a topsy turvy day.

Chelsea goals either side of halftime from Pedro and Victor Moses cancelled out an earlier strike by Christian Eriksen to end the league's last unbeaten record and secure a seventh successive league victory for the Blues, who retain a one-point lead over their two closest title rivals.

That winning run has coincided with Moses securing a starting spot and the Nigeria international, so long the forgotten man at Chelsea, was particularly impressive on Saturday, charging down the right to collect Diego Costa's pull back on 51 minutes, firing the ball into the net off Jan Vertonghen. 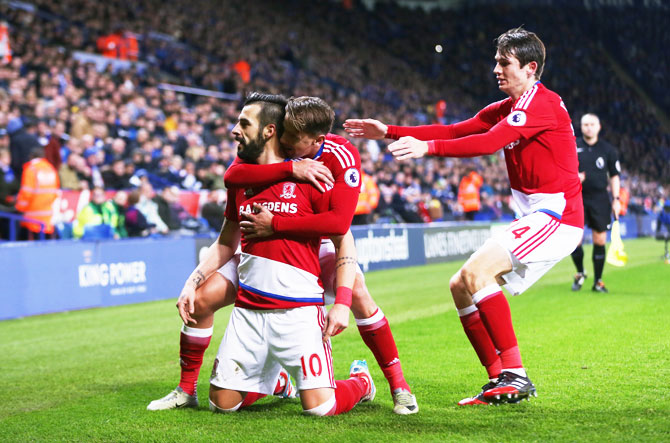 "I was very pleased with the goal," said Moses, who spent the previous three seasons on loan at Liverpool, StokeCity and West Ham United before Antonio Conte converted him into a wing back.

"I am delighted to have found a home. I am pleased to be playing this season. The manager gave me the chance to express myself and I am relishing it."

Eriksen had slammed home a thunderous finish from just outside the area to put Spurs ahead after 11 minutes, before Pedro turned neatly and curled in a magnificent shot to level just before halftime.

There was more late drama at Leicester City, where Islam Slimani put away a 94th-minute penalty, Leicester's second of the match, in a 2-2 draw after Alvaro Negredo thought he had done enough to secure a rare Middlesbrough away win with goals either side of halftime. 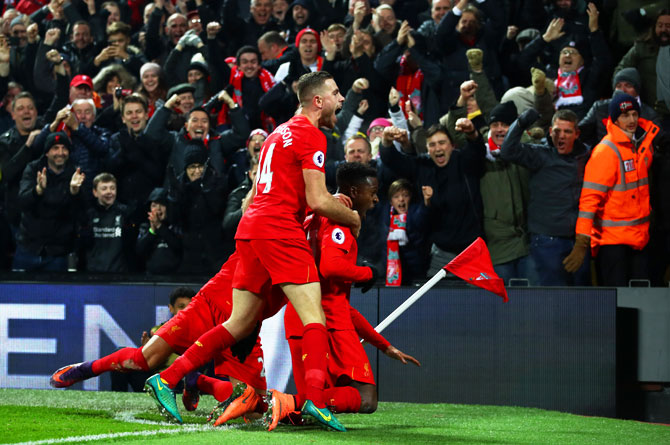 Substitute Divock Origi and James Milner both scored as Liverpool beat Sunderland 2-0 at Anfield to return provisionally to the Premier League summit on Saturday.

Liverpool dominated possession without finding a way past Sunderland's stubborn defence, spurning a host of chances until Origi, on in the first half for the injured Philippe Coutinho, curled in his first league goal of the season in the 75th minute.

Milner wrapped up the points from the penalty spot in the 91st minute, sending Sunderland goalkeeper Jordan Pickford the wrong way after Sadio Mane was brought down in the box by Didier Ndong.

Liverpool rose to the top of the Premier League table with 30 points, two ahead of third place Chelsea, who can return to the summit with victory over Tottenham Hotspur later on Saturday. The defeat sent Sunderland back to the bottom of the standings. 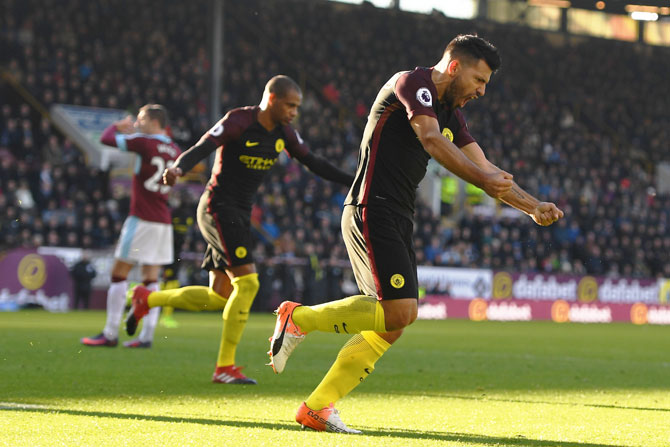 Sergio Aguero struck twice as Manchester City came from behind to beat Burnley 2-1 at Turf Moor in the Premier League on Saturday.

Dean Marney had opened the scoring for Burnley in the 14th minute with a stunning 20-metre volley from Nicolas Otamendi's headed clearance.

City moved top of the table on 30 points, two ahead of Chelsea who travel to the Etihad Stadium next Saturday. Burnley remained in mid-table on 14 points. 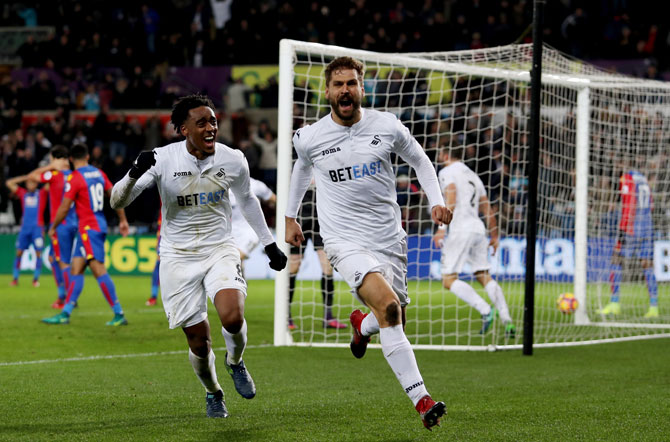 Fernando Llorente's two injury-time goals saw Swansea come from behind to snatch a thrilling 5-4 win over CrystalPalace in an amazing see-saw game at the Liberty Stadium, snapping an 11-game winless streak and handing the Eagles their sixth straight defeat.

Wilfried Zaha opened the scoring for Palace but Bob Bradley's Swans looked set for their first win since the opening day of the season as a Gylfi Sigurdsson free kick and a brace from Leroy Fer put them 3-1 midway through the second half.

Unbowed, Alan Pardew's Palace came roaring back, James Tomkins forcing home a corner and Jack Cork deflecting the ball into his own net before Christian Benteke put the visitors 4-3 up with just six minutes left.

But Llorente netted twice in the 91st and 93rd minute to put the home side back on top, and they hung on grimly through seven minutes of injury time for the three precious points that take them off the bottom of the table. 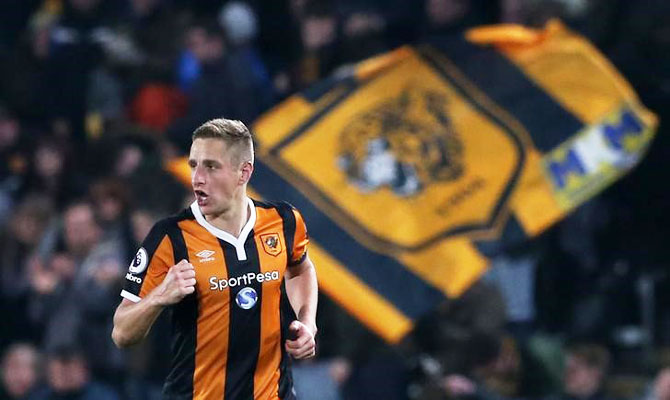 Gareth McAuley’s powerful downward header was cancelled out by Michael Dawson’s late tap-in as West Bromwich Albion were held 1-1 at struggling Hull City in the Premier League on Saturday.

Dawson scored his third goal in his last five matches when he beat Ben Foster in the 72nd minute following Dieumerci Mbokani’s nod down, rescuing a point for the home side who were outplayed for large parts of the match.

McAuley looked set to be the unlikely hero after he evaded the home defence and sent a thunderous header past the helpless David Marshall in the 34th minute after being picked out by Matt Phillips.

Salomon Rondon put a header just wide in stoppage time following a frenetic final 15 minutes, leaving West Bromwich in mid-table on 17 points. Hull, who have won once in their last 11 matches, remained in 18th place on 11 points.

© Copyright 2020 Reuters Limited. All rights reserved. Republication or redistribution of Reuters content, including by framing or similar means, is expressly prohibited without the prior written consent of Reuters. Reuters shall not be liable for any errors or delays in the content, or for any actions taken in reliance thereon.
Related News: Burnley, Sunderland, Liverpool, Michael Dawson, IMAGE
SHARE THIS STORYCOMMENT
Print this article 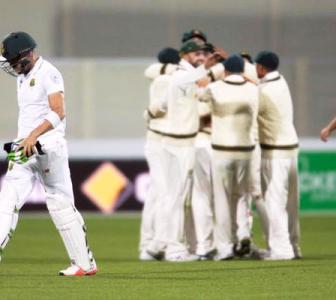 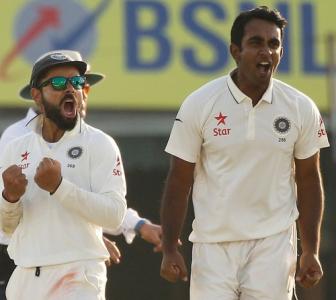 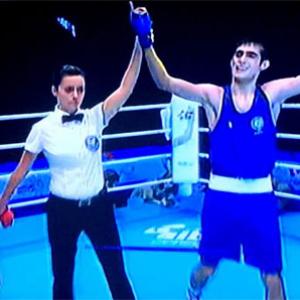