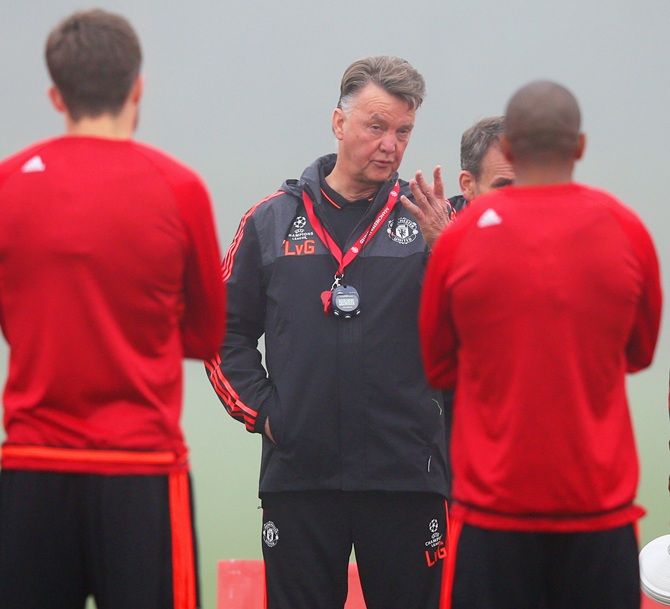 1. United are on an eight-match winless streak in all competitions and the Dutchman, whose team briefly topped the table in September, is under pressure as media speculation swirls around his future.

2. Swansea, who have already fired manager Garry Monk and are now under caretaker Alan Curtis, have been a bogey team for the triple European champions although the Welsh club have only one away league victory this season.

3. The Swans have won their last three Premier League matches against United by a 2-1 margin, including at the end of August when they turned the game around by switching from a 4-2-3-1 to a diamond formation at the Liberty Stadium.

4. They also ruined Van Gaal's first competitive game as United manager on the opening day of the 2014-15 season at Old Trafford.

With Swansea languishing in 17th place, and United sixth, the Dutchman should get the victory he needs but anything less will turn up the heat on him.

"The past year was one full of mixed emotions and we did not finish 2015 on a high as we'd have hoped," Van Gaal wrote in his programme notes for his first game of 2016.

"We know it will be tough and know we have to be creative and take our chances if we are going to end this run without a win."