Chelsea needed a late winner from Ashley Cole to beat Stoke City 1-0 and move three points clear at the top of the English Premier League on Saturday.

The European champions, without a win in their last three matches in all competitions, moved on to 13 points from five matches to lead the standings from Everton and West Bromwich Albion.

England defender Cole, who had not scored in the league for over two years, struck with five minutes to play when he hammered the ball past Stoke keeper Asmir Begovic at Stamford Bridge.

Everton won 3-0 at Swansea City with goals from Victor Anichebe, Kevin Mirallas and Maroaune Fellaini lifting them to second in the table. 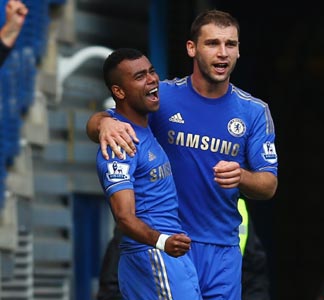 West Bromwich Albion moved into third place, also with 10 points, after Romelu Lukaku - on loan from Chelsea - scored what proved to be the winner after 71 minutes against promoted bottom side Reading.

Southampton, who had lost their first four matches after winning promotion, came from behind to beat Aston Villa 4-1 at home to climb off the bottom of the table.

Sunderland were close to ending a run of 11 games without a win dating back to last March when they led West Ham United for most of the match at Upton Park with an early Steven Fletcher goal.

But Kevin Nolan equalised just before the end to rescue a point for the Hammers with Sunderland now having drawn all four of their league matches.

Fulham continued their promising start to the season with a 2-1 win at Wigan Athletic with Hudo Rodallega scoring the opener against his former team.

On Sunday, Liverpool host Manchester United at Anfield and champions Manchester City welcome Arsenal in two games likely to affect the positions at the top.

Sunday's other games include Tottenham Hotspur at home to Queens Park Rangers and Newcastle United against Norwich City.

© Copyright 2022 Reuters Limited. All rights reserved. Republication or redistribution of Reuters content, including by framing or similar means, is expressly prohibited without the prior written consent of Reuters. Reuters shall not be liable for any errors or delays in the content, or for any actions taken in reliance thereon.
Related News: Chelsea, Stoke City, Bromwich Albion, Everton, West Ham United
COMMENT
Print this article
Old hands lift Man City while Spurs booed off 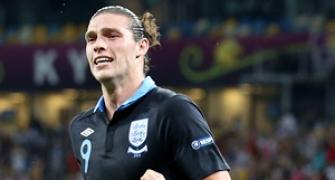 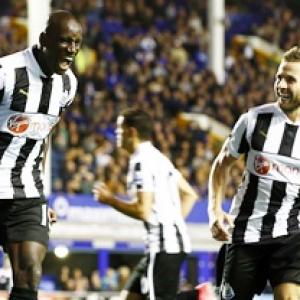 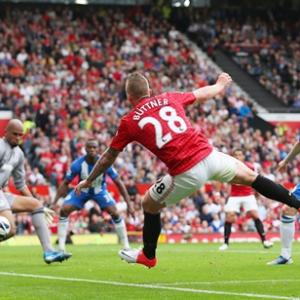