England would be keen to stage the semi-finals and final of Euro 2020 if UEFA president Michel Platini's plan to hold the tournament across Europe became a reality, English FA chairman David Bernstein said on Monday.

Platini's idea of having matches in 12 or 13 European countries with the final stages in one venue will be discussed by UEFA's executive board in December with a decision made early next year.

Bernstein told a media briefing at Wembley: "Clearly Wembley is incredibly highly thought of by UEFA and it is something we will probably push for.

"UEFA want to hold the semi-finals and the final on the same ground, or in the same city and I think we would be on their shortlist - but there would be some strong competition."

Turkey have expressed their wish to stage what will be a 24-team tournament in 2020, but their bid will be dropped if Istanbul is awarded the Olympic Games in the same year.

Scotland, Wales and Ireland have also declared their interest in staging the finals.

Platini was in London last week and discussed his idea of staging the finals across the continent with the FA, who would be keen to stage what would effectively be a "finals week".

Platini was so impressed with Wembley's staging of the 2011 Champions League final between Manchester United and Barcelona that UEFA awarded the 2013 final to Wembley as well, which coincides with the FA's 150th anniversary celebrations.

"If we believed there was a real opportunity of having the tournament here of course we would look at it.

"Of course there would be an intent, the public want it and we'd want it and it would be wonderful to have it here.

"If Michel Platini's current views prevail and it becomes a pan-European competition, then the focus needs to be on the semi-finals and final."

After England's unsuccessful bid to FIFA in 2010 to stage the 2018 World Cup finals, Bernstein said the FA would not want to get into any kind of bidding war to stage the tournament.

"We would not want to be involved in a World Cup-style bidding process," he remarked.

"We do not want to spend a lot of money on something that fell flat."

But, he said, he could see the attraction of Platini's idea -- although there were two ways of looking at it.

"What you would lose is the individuality and the national flavour that you get from, (Euro 2012 co-hosts) Poland and Ukraine or anywhere else.

"On the other hand, it is very European-democratic across a wide range of countries."

Apart from July and August's London Olympics and the Paralympics which followed, England last hosted a major soccer tournament when they staged the first 16-team Euros in 1996.

In a sense Platini's idea takes the Euros back to how they were staged from the first finals in 1960 through to 1976 when a continental-wide qualifying competition ended with four teams playing the two-semi-finals, a playoff and a final in the same country.

That format was dropped when the tournament was expanded to eight teams in 1980. 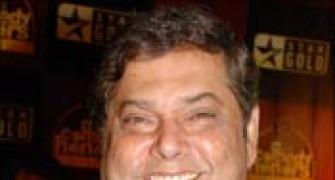 David Dhawan: Not seen son's film Student Of The Year yet
UEFA hands out millions to clubs for Euro 2012 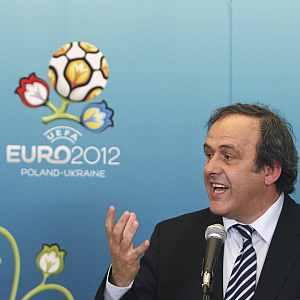