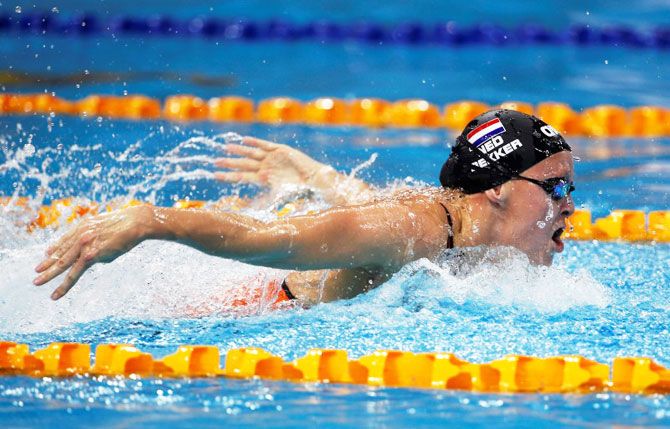 Dutch swimmer Inge Dekker, who was diagnosed with cervical cancer in February and had surgery in March, will take part in her fourth Olympics after being named on Tuesday in a 17-strong squad for next month's Rio Games.

The 30-year-old, who won a 4x100 metre freestyle relay gold in Beijing in 2008 as well as bronze in 2004 and silver in 2012, missed the European championships in London in May as she continued her recovery.

More than four swimmers are often included in relay teams, with reserves slotted in for the heats before the top four compete in the final.

Dekker was also down for the 50m freestyle and 100m butterfly.

The seven men in the squad, who will train in Sardinia before flying to Brazil, will be led by European 200m freestyle champion Sebastiaan Verschuren. Ten of the 17 are Olympic debutants.

"The number of novices at these Games also gives confidence to the more distant future."