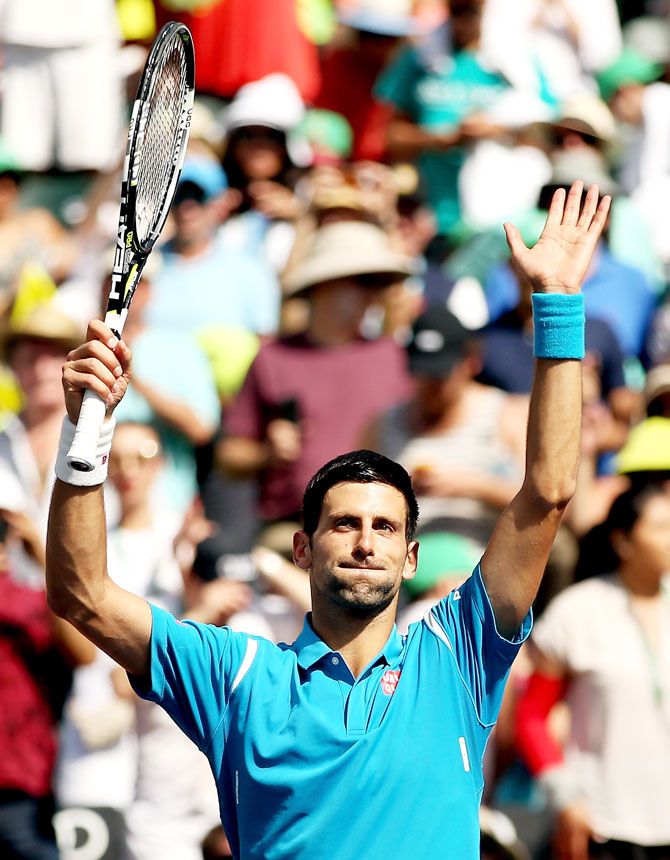 After claiming the Indian Wells title, the 11-time major winner said the men's tennis tour "should fight for more".

The Serbian champ added fuel to already burning fires after controversial remarks made on earlier on Sunday by chief executive of Indian Wells, Raymond Moore.

Moore sparked a row telling reporters that top-level women's players rode "on the coattails of the men", did not make any decisions and were "very, very lucky" to have equal prize money, sparking a firestorm on social media.

Later, Djokovic, 28, said women "fought for what they deserve and they got it", but claimed prize money should be "fairly distributed" based on "who attracts more attention, spectators and who sells more tickets", according to reports in the British media.

“Obviously it’s a very delicate situation. Women deserve respect and admiration for what they are doing. You know, equal prize money was the main subject of the tennis world in the last seven, eight years. I have been through that process as well so I understand how much power and energy WTA and all the advocates for equal prize money have invested in order to reach that.

“As long as it’s like that and there is data and stats available upon who attracts more attention, spectators, who sells more tickets and stuff like that, in relation to that it has to be fairly distributed.”

Since 2007 there has been equal prize money in all four majors -- the Australian Open, US Open, French Open and Wimbledon, and combined Masters events such as Indian Wells and Miami pay the same to men and women.

But female players are paid significantly less at women-only events when compared to similar sized men's events, the BCC reports.

Djokovic played the sympathiser, adding “Women have to go through hormones and other challenges men do not and women have to make sacrifices for certain periods of time, the family time or decisions that they make on their own bodies in order to play tennis”.

He also went on to remind reporters (in damage-control mode) that “I have had a woman that was my coach and that was a huge part of my tennis career. I’m surrounded by women. I’m very happy to be married with one and to have a child. I’m completely for women power.” 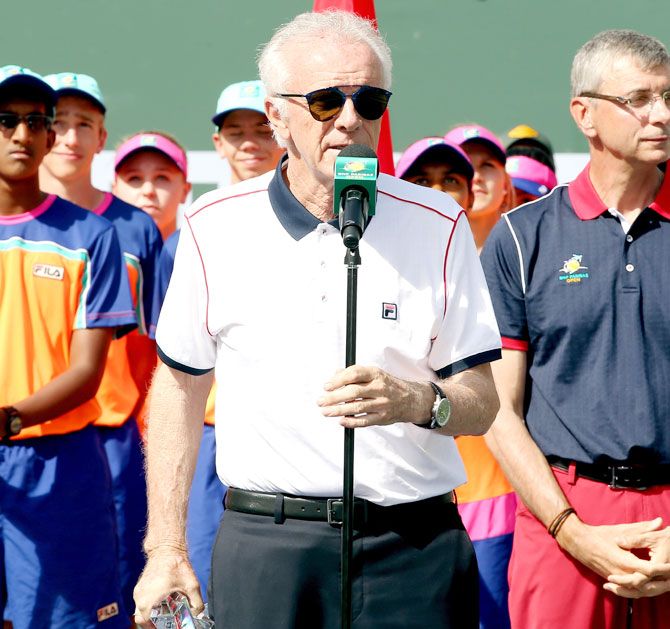 Moore later apologised for his statements saying: "At my morning breakfast with the media, I made comments about the WTA that were in extremely poor taste and erroneous.

Former World No 1 and winner of 12 Grand Slam singles titles, Billie Jean King, tweeted: "Disappointed in Raymond Moore comments. He is wrong on so many levels. Every player, especially the top players, contribute to our success."