Serbia's Novak Djokovic said on Sunday he was '50-50' about competing at the Tokyo Olympics later this month following the organisers' decision to ban fans from attending and the restrictions on the number of people he can take to the Games.

Olympic organisers said on Thursday that the Games would take place without spectators in Tokyo as a surge in COVID-19 cases forced Japan to declare a state of emergency in the capital city that will last throughout the multi-sport event which starts on July 23.

"I'll have to think about it," Djokovic told reporters at the All England Club in London after winning his sixth Wimbledon title. "My plan was always to go to Olympic Games.

"But right now I'm a little bit divided. It's kind of 50-50 because of what I heard in the last couple days."

Djokovic completed the third leg towards achieving the Golden Slam in tennis on Sunday when he added the Wimbledon title to his Australian Open and Roland Garros triumphs in 2021.

No man has ever won the four slams and an Olympic gold in the same year and considering this is the first time in his career that Djokovic has won the season's opening three majors, he may never get another opportunity to complete the Golden Slam if he opts out of the Games like many of his rivals.

Some of the sport's biggest names, including Rafa Nadal, Dominic Thiem, Stan Wawrinka, Nick Kyrgios, Serena Williams and Simona Halep have already announced their decision to skip the Games, which has been delayed by a year due to the pandemic.

Djokovic said he was "really disappointed" to hear that the events in Tokyo will be played without any spectators present.

"I also hear that there's going to be a lot of restrictions within the (Games) village," the 20-time major winner added.

"Possibly you would not be able to see other athletes perform live. I can't even have my stringer that is very important part of my team. I'm limited with the amount of people I can take in my team as well."

© Copyright 2021 Reuters Limited. All rights reserved. Republication or redistribution of Reuters content, including by framing or similar means, is expressly prohibited without the prior written consent of Reuters. Reuters shall not be liable for any errors or delays in the content, or for any actions taken in reliance thereon.
Related News: Novak Djokovic, Tokyo, All England Club, Roland Garros, Rafa Nadal
COMMENT
Print this article 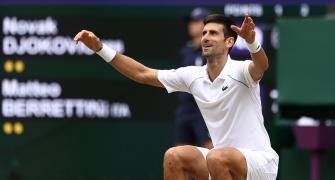 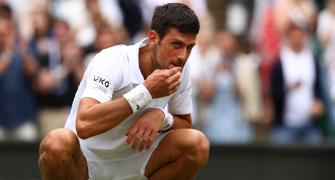 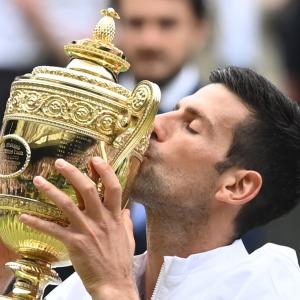