Djokovic, Thiem among top seeds to advance in Shanghai 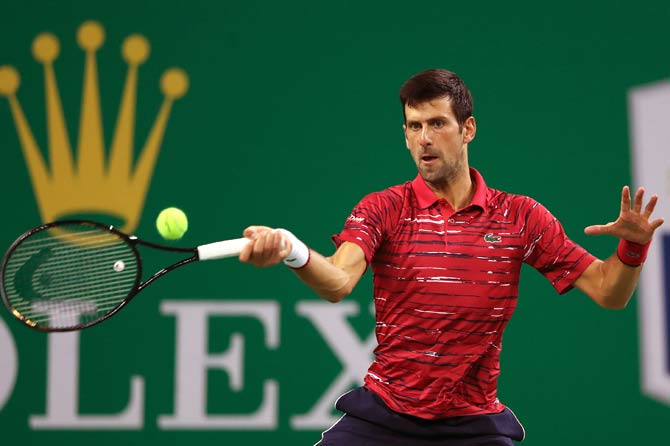 IMAGE: The ATP Masters 1000 event is Novak Djokovic's second tournament since a US Open fourth round withdrawal due to a shoulder injury. Photograph: Lintao Zhang/Getty Images

World number one Novak Djokovic extended his winning run in Asia when he strolled into the last-16 of the Shanghai Masters with a 6-3, 6-3 victory over Canada's Denis Shapovalov on Wednesday.

The ATP Masters 1000 event is the Serb's second tournament since a US Open fourth round withdrawal due to a shoulder injury and he arrived in Shanghai after winning the Japan Open in Tokyo over the weekend without dropping a set.

Djokovic, the defending champion, broke the 20-year-old Canadian three times and never dropped serve, wrapping up the match in 70 minutes to set up a clash with American John Isner, who beat Frenchman Lucas Pouille 7-5, 6-3.

Austrian fourth seed Dominic Thiem, who won the China Open in Beijing at the weekend, beat Spaniard Pablo Carreno Busta 7-6(3), 6-3 to set up a last-16 clash with Georgia's Nikoloz Basilashvili.

After the opening set went with serve until the tiebreak, Thiem needed only one break of serve in the second to advance.

Greece's sixth seed Stefanos Tsitsipas came out on top in two tiebreaks to beat Canada's Felix Auger-Aliassime 7-6(3), 7-6(3) in their second round match.

"I knew it was going to be tough, and it was very tough," Tsitsipas, who plays Poland's Hubert Hurkacz next, said.

"I think, mostly, the concentration that I have put and the work that I have put into that match, I still felt like I had to put a lot in in order to get that outcome at the end."

The top three seeds Djokovic, Roger Federer and US Open runner-up Daniil Medvedev all play in the last-16 on Thursday.

Former world number one Andy Murray told Fabio Fognini to "shut up" before losing to the fiery Italian 7-6(4), 2-6, 7-6(2) in an ill-tempered second-round clash at the Shanghai Masters on Tuesday.

Murray, 32, lost a tetchy battle with the world number 12 in which the Briton twice failed to serve out the match.

He confronted Fognini at the net in a lengthy exchange in which he accused the Italian of making a noise to put him off when he was playing a shot.

Three times Grand Slam champion Murray, who underwent a career-saving hip resurfacing procedure in January, showed some encouraging signs as he continued his injury comeback before losing in just over three hours.

"There is a lot of things that I need to get better at, and I can do much better," said Murray.

"I will go away and I'll work on those things and be in a better position next time I play against him."

© Copyright 2020 Reuters Limited. All rights reserved. Republication or redistribution of Reuters content, including by framing or similar means, is expressly prohibited without the prior written consent of Reuters. Reuters shall not be liable for any errors or delays in the content, or for any actions taken in reliance thereon.
Related News: Novak Djokovic, Andy Murray, Fabio Fognini, ATP, Dominic Thiem
SHARE THIS STORYCOMMENT
Print this article 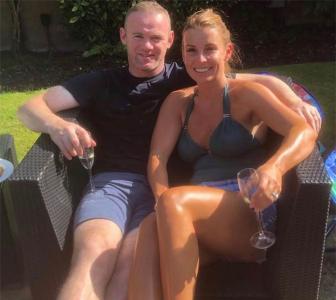 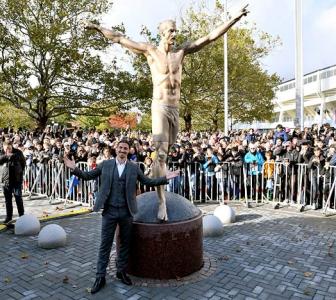 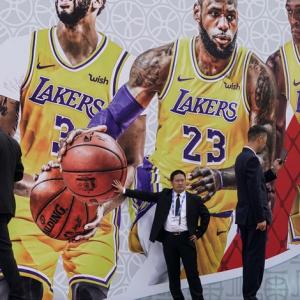