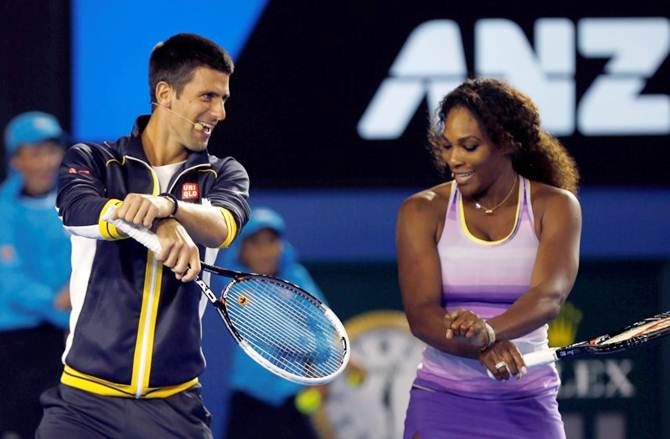 Novak Djokovic of Serbia and Serena Williams of the United States dance Gangnam Style during the Kids Tennis Day at the Australian Open in Melbourne January 12, 2013. Damir Sagolj/Reuters

The annual award takes into account of performances on the regular Tour and Grand Slams.

Wimbledon champion Djokovic took the men's prize for the fourth time, having won seven titles this season and the year-end top ranking for the third time in four years.

Williams won the award for the fifth time in a career that has brought her 18 Grand Slam singles titles -- the most recent at this year's US Open.

"I'm so honored to be named ITF World champion for the fifth time. This was a year of challenges and triumphs, so to win another Grand Slam and retain my year-end No. 1 ranking is an accomplishment I'm very proud of," she said.

"I'm grateful to have the support of the tennis community in every way possible. I can't wait for 2015."