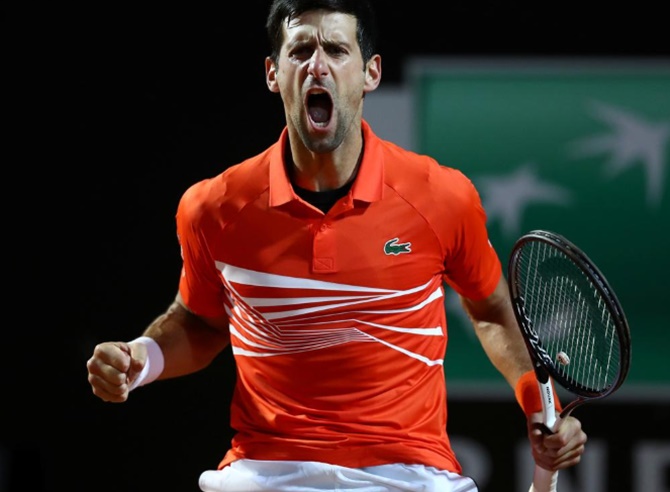 Novak Djokovic and Rafael Nadal won on Saturday to set up an Italian Open final meeting, while British number one Johanna Konta booked a final clash with Karolina Pliskova.

World number one Djokovic overcame Argentina’s Diego Schwartzman 6-3, 6-7(2), 6-3 and will face second seed Nadal for the 54th time, on Sunday, ahead of this month’s French Open.

The Serbian triumphed in last week’s Madrid Open and has a chance to win back-to-back clay-court titles after overcoming the spirited Schwartzman in two hours 31 minutes.

Schwartzman, playing in a Masters 1000 semi-final for the first time, fought back from losing the first set in 36 minutes to take the second after a dominant tiebreak, but Djokovic got the crucial break in the sixth game of the deciding set to clinch victory.

Djokovic leads his head-to-head with Nadal by 28 wins to 25, but the Spaniard has dominated on clay with 16 victories to the Serbian’s seven.

Nadal progressed to his 50th Masters 1000 final thanks to a 6-3, 6-4 win over Stefanos Tsitsipas, avenging his defeat to the 20-year-old at the same stage a week ago in Madrid.

The 32-year-old broke Tsitsipas’s serve early in both sets while holding his own service games as he wrapped up victory in one hour 43 minutes.

“It’s an important victory for me because I played a solid match against a good player and a player who is winning lot of matches on this surface," Nadal said.

"Winning in straight sets against him is a very positive result. More than this is a feeling that I am playing better every week, every day. That's important for me."

The win keeps Nadal in the hunt for a ninth Italian Open title after he lost at the semi-final stages of his last four tournaments.

In the women's singles, Konta came from a set behind to beat Madrid Open champion Kiki Bertens 5-7, 7-5, 6-2 and progress to her first WTA Premier clay final.

It will be Konta’s second final of the clay-court season, after finishing as runner-up to Sakkari at the Morocco Open, as she heads into the French Open in fine form.

The 28-year-old lost her momentum after being broken while serving for the first set but fought back by taking the second.

She pulled away in the final set, breaking the Dutch world number four's serve twice before securing victory on her fourth match point.

“After I lost the first set, I mean, I didn’t do much wrong," Konta said.

"It was a very good set of tennis. Equally the second set, as well. There wasn’t anybody putting a bad foot out of line.

“In the third, I definitely felt that I was able to maintain my level a bit better than her. I think that gave me the upper hand in stringing some more points together. I’m just very happy to have come through.”

Konta became the first British woman to reach the final of the tournament since Virginia Wade in 1971.

© Copyright 2020 Reuters Limited. All rights reserved. Republication or redistribution of Reuters content, including by framing or similar means, is expressly prohibited without the prior written consent of Reuters. Reuters shall not be liable for any errors or delays in the content, or for any actions taken in reliance thereon.
Related News: Nadal, Konta, Novak Djokovic, Stefanos Tsitsipas, Karolina Pliskova
SHARE THIS STORYCOMMENT
Print this article 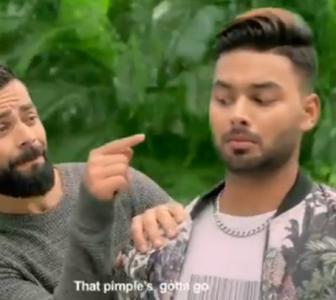 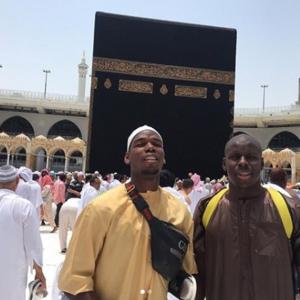