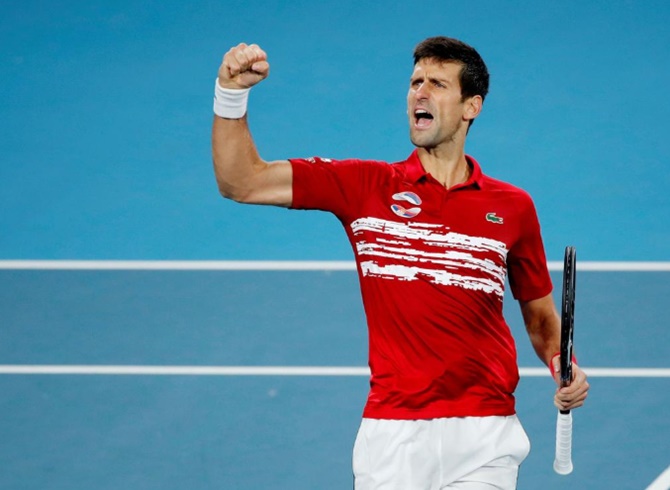 Novak Djokovic helped seal victory for Serbia in the inaugural ATP Cup team event after defeating his long-term Spanish rival Rafael Nadal in singles on Sunday before going on to play a pivotal role in the deciding doubles match.

With the final locked at 1-1 after the singles were shared, Djokovic partnered veteran Victor Troicki to beat Spain’s Pablo Carreno Busta and Feliciano Lopez 6-3, 6-4 and win the title.

The 16-time Grand Slam champion proved to be a calming influence throughout, especially after the Serbian pair fell behind early in the match.

He used his powerful serve and fleet-footed returns to haul his country back into the first set and create a momentum shift Serbia rode all the way to a victory completed in the early hours of Monday morning.

Djokovic earlier beat Nadal 6-2, 7-6(4), extending his dominance over the Spaniard on hardcourts, a surface Nadal has not beaten him on since 2013.