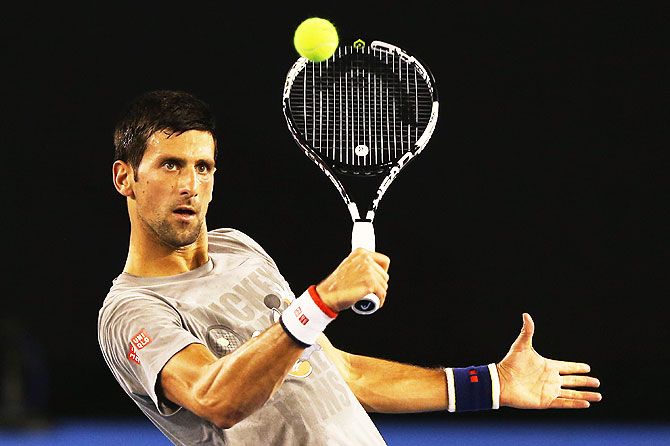 World number one Novak Djokovic shook off an eye infection to beat Kazakhstan's Aleksandr Nedovyesov 6-1 6-2 6-3 in front of a passionate home crowd to give Serbia a 1-0 lead against Kazakhstan in their Davis Cup first-round tie on Friday.

Djokovic, who was forced to retire with the problem from last week's Dubai Championships quarter-final against Spaniard Feliciano Lopez, showed no sign of problems as he brushed aside his opponent in the acoustic Pionir Arena.

The 28-year-old from Belgrade delighted the home fans, who enjoyed a rare opportunity to watch him live because there are no major tour events in Serbia, with a barrage of sizzling winners, including some spectacular net points.

Cheered on by a band of 170 colourful Kazakh supporters sporting a giant drum and trumpets, Nedovyesov, ranked 200th on the men's ATP Tour, had his moments.

He showed grit to win the longest game of the match and take a 2-1 lead in the second set, but that spurred Djokovic into action and the Serb found another gear.

Having had his left shoulder massaged by Serbia's team doctor during breaks between games in the third set, Djokovic closed out the match in one hour and 53 minutes.