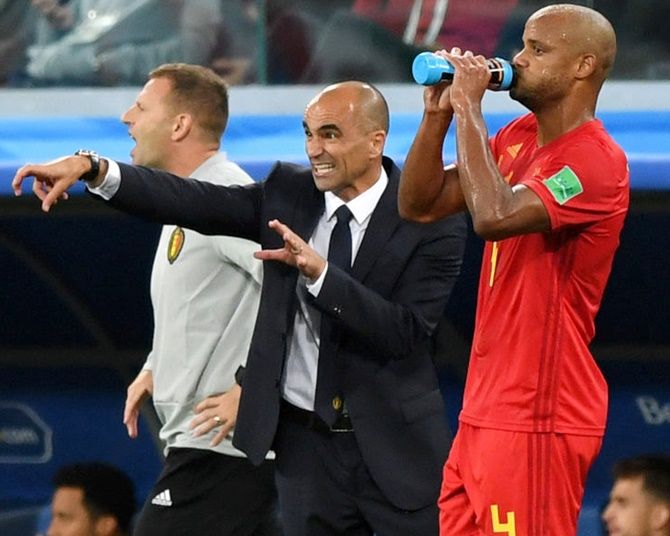 Belgium paid the price for failing to take their chances against France but will now have to shake off their disappointment and focus on finishing third at the World Cup, their coach Roberto Martinez said after his team’s defeat in the semi-final.

Samuel Umtiti headed in from a corner for the only goal of the game to knock Belgium out, and Martinez said that while he was pleased his team negated France’s threat on the counter-attack, his players did not show their usual finesse in front of goal.

“It was a tight game,” the Spaniard told reporters. “There weren’t many big moments... The difference between defeat and winning was just one dead ball situation."

“We controlled their counter-attacks. We had the ball but have to give credit to the way France defended, and we couldn’t find that little bit of magic in front of goal."

The match was a fascinating tactical battle, with France content to surrender possession and looking to use Kylian Mbappe’s pace to hurt Belgium on the counter-attack.

Martinez said his team had done well to nullify the French threat from open play and denied that his decision to start Mousa Dembele in midfield had a major effect on the outcome.

Dembele was a surprise selection in place of wide man Yannick Carrasco, with Martinez opting to start playmaker Kevin De Bruyne on the right side of attack instead of the middle of the park.

But De Bruyne’s best moments came when he combined with Eden Hazard on the opposite side of the pitch to the one he was stationed on, and Belgium missed his ability to pick a pass, with striker Romelu Lukaku mostly deprived of service.

After his team fell behind, Martinez took off Dembele and pulled De Bruyne back into central midfield, and though Belgium did not get a goal, they controlled the play better and created more chances.

“I didn’t see France running away with the game,” Martinez added. “It came down to a corner kick. That’s why I don’t think the performance came down to individuals.”

From dreaming of a first World Cup final, Belgium will now have to be content with a playoff for third place, but Martinez said he was proud of his players and would do all he could to get them ready for their final match of the tournament.

“The disappointment is huge... It’s a very sad dressing room right now,” he said. “I don’t want any of my players to be frustrated and disappointed."

“It’s a difficult emotion to manage. You’re disappointed because you lose the semi-final, and it’s very difficult to see the opportunity of playing another game as a positive."

“We need to regroup and recover and see the opportunity. To try to finish third in the World Cup doesn’t happen often. The only time it happened in Belgian football was in 1986, when we finished fourth."

“We need to understand it’s an important game, but I accept it’s very difficult after a game with the emotions we had today. When you had the ambition of getting to the final, it’s tough individually and collectively to prepare for the next game.”

© Copyright 2021 Reuters Limited. All rights reserved. Republication or redistribution of Reuters content, including by framing or similar means, is expressly prohibited without the prior written consent of Reuters. Reuters shall not be liable for any errors or delays in the content, or for any actions taken in reliance thereon.
Related News: Roberto Martinez, Kevin De Bruyne, Mousa Dembele, Belgium, FIFA
COMMENT
Print this article 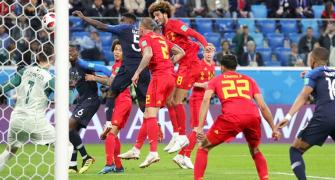 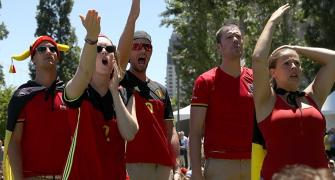 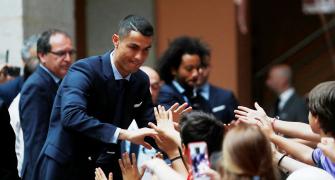 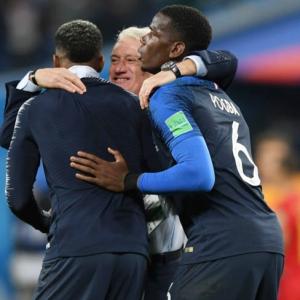 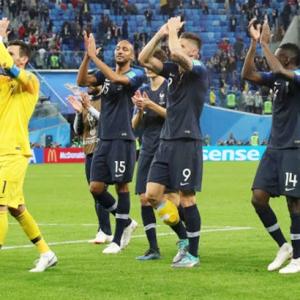