The Delhi high court on Wednesday sought responses from the Centre and others on a PIL filed by a coach alleging that Hockey India is threatening players against taking part in World Series Hockey (WSH), a joint initiative of Indian Hockey Federation (IHF) and Nimbus Sport.

"The Hockey India (HI) would file its response within three days," a bench, comprising acting Chief Justice A K Sikri and Justice Rajiv Sahai Endlaw, said, and fixed the matter for further hearing on December 7.

The court was hearing a public interest litigation (PIL) filed by former India Olympian and coach Joaquim Carvalho, that Hockey India, which is fighting a legal battle with the IHF, is threatening players that they will not be selected for national duty if they take part in World Series Hockey.

-  'All who have signed up for World Series Hockey will play'

Advocate Jayant Bhushan, appearing for Carvalho, said, "For the first time our hockey players are going to get some money by playing in the World Series Hockey (WSH) tournament and Hockey India is trying to deny them their right to play."

Additional Solicitor General A S Chandhiok, appearing for the Centre, said, "The government has no role in it, and it has simply let out its stadiums at commercial rates for organizing the WSH."

Advocate Sandeep Sethi, arguing for Hockey India, said the matter is pending in the Supreme Court and Hockey India has been allowed by the apex court to select national teams for men and women.

WSH, an initiative of IHF and Nimbus Sport, will be held between December 17, 2011 and January 22, 2012, with an aim to "reinvigorate hockey" in the country and make it a "sport of choice" for youngsters. On the lines of the Indian Premier League, the tournament will be played among eight franchisee-based teams. 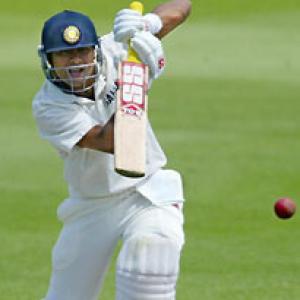