World number one Caroline Wozniacki suffered a shock exit from the Toronto Cup on Wednesday, falling 6-4, 7-5 to Italy's Roberta Vinci in windy conditions that played havoc with her game.

The Danish defending champion rarely looked comfortable on court and did not live up to her top seeding with seven double faults and a slew of errors against a tenacious Vinci.

"I didn't get a chance to really get any rhythm, it was difficult first with the wind but also the way that she was playing," Wozniacki said. 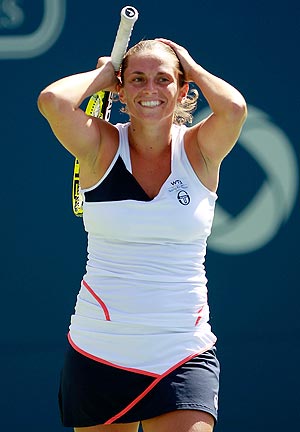 "Right now it's pretty disappointing and you just try to get over this match and just try to analyse what happened and take the positives and negatives and try to improve."

After dropping the first set, Wozniacki raced into a 5-1 lead and seemed poised to force a third set but was unable to close it out as she served into the wind, which on several occasions interrupted her service tosses.

"I came against the wind for the next two games and it was pretty difficult on the other side and she served well and that pretty much just summed everything up," said Wozniacki.

"On one side the wind was blowing in the back and you had to watch out you didn't play it long, and on the other side you really had to hit through the ball to make it even go."

Wozniacki's loss dealt a blow to a tournament now without its top two seeds after Kim Clijsters withdrew from her opening match on Tuesday. Seven of the tournament's 16 seeded players are out less than three days into play.

© Copyright 2021 Reuters Limited. All rights reserved. Republication or redistribution of Reuters content, including by framing or similar means, is expressly prohibited without the prior written consent of Reuters. Reuters shall not be liable for any errors or delays in the content, or for any actions taken in reliance thereon.
Related News: Caroline Wozniacki, Roberta Vinci, Anabel Medina Garrigues, Kim Clijsters, Samantha Stosur
SHARE THIS STORYCOMMENT
Print this article 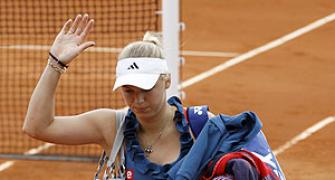 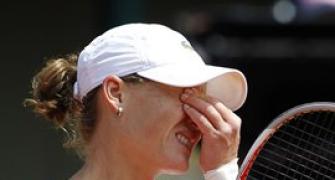 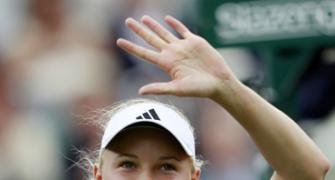 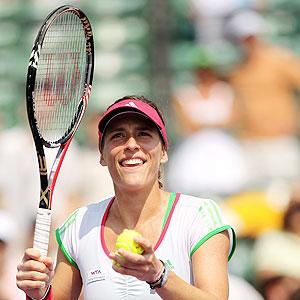