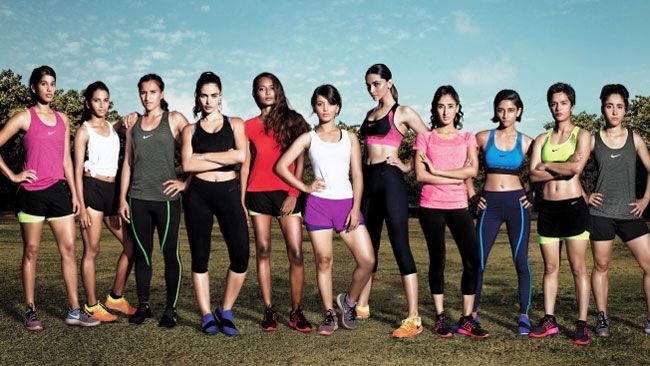 The new Da da ding Nike ad, featuring actor Deepika Padukone, has gone viral. It has been appreciated by most but panned by some, and despite the mixed reviews it has nearly crashed  the internet.

The ad that features a slew of young Indian female athletes and Padukone herself is designed to inspire athletes preparing for and heading to the Rio Olympics that will go on from August 5 to 21.

The prominent female athletes who have been featured in the ad include Arjuna-award winning squash player Joshna Chinappa, Indian women’s cricket captain Harmanpreet Kaur and her teammate Smriti Mandhana, hockey player Rani Rampal and footballer Jyoti Burrett among others.

Tagging a link to the ad, Padukone encourages people to take up sport. She wrote on her Facebook Wall: “When I was growing up my father said to me, ‘To be the best, always remember the three D's - Discipline, Dedication and Determination. Follow your heart. Do what you are passionate about’.

Two years ago I struggled with depression. I was sinking. I almost gave up. But it was the athlete in me that gave me the strength to fight and never ever give up! And so I want to say to every girl and every boy and every woman and every man...play a sport...because it changed my life...and it will change yours too! Sport has taught me how to survive! It has taught me how to fight! It has made me unstoppable!," Deepika's post read. Nike has taken their campaign a notch higher by roping in World No 1 tennis star Serena Williams and Hollywood actor Kevin Hart for a 15-minute workout routine.

Serena made a plea to her followers on Twitter to train with her.

“Come sweat with me & Kevin in the #NTC app. It's only 15min so no excuses. http://gonike.me/  hart_serena,” she wrote on her Twitter handle.

With the Rio Olympics a little over three weeks away, let's see if Nike and it's band of stars can really inspire people to play sport, train and stay fit.