Hockey India's decision to send back Pakistani players due to cross-border conflict has been termed as "unfortunate" by Uttar Pradesh Wizards' Dutch coach Roelant Oltmans, who feels the Hockey India League will certainly lose its sheen with the departure of the visitors.

Should Pak cricketers, artists be allowed in India?

"They should not have been sent back from the league. It's an unfortunate development not only for the league but for world hockey. Our team did not feature any Pakistani player but with other franchises releasing them, the HIL will certainly lose its sheen," Oltmans said.

After protests by Shiv Sena and other right-wing outfits disrupted the Mumbai Magicians' training session and the first match of the league following the killing of two Indian soldiers by the Pakistan Army on January 8, the Hockey India on Tuesday decided to send back all the nine Pakistani players taking part in the tournament.

Hockey India had initially decided to send back the Pakistani players of Mumbai franchise only but fearing that the league could be affected by disruptions, it took the decision to send back all the players.

Oltmans said sports should not be mixed with politics as it's always the game that suffers.

"My suggestion is do not mix sports with politics. They are two separate entities. When you do it, the game suffers," he said.

Oltmans, who was once in the running to coach the Indian hockey team, said the HIL will help in uplifting the profile of the sport not only in India but the world over.

"It's a good step. The league is really important for India and the world." 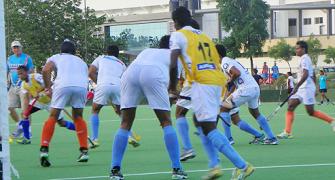 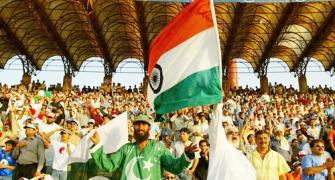