Defending champions Serbia will be huge favourites to reach the Davis Cup semi-finals this weekend as newly-crowned Wimbledon champion Novak Djokovic returns to action against Sweden.

Even without Djokovic, Serbia would be massively fancied in Halmstad where Sweden are without World number five Robin Soderling who is resting a foot injury. 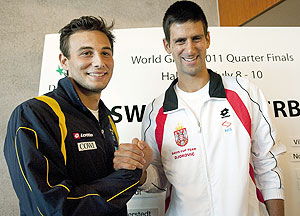 Djokovic, who rose to world No1 for the first time this week, will play Friday's second singles match against fellow 24-year-old Ervin Eleskovic who is 344 places below him on the ATP standings. Viktor Troicki, ranked 16 in the world, opens against lowly-ranked Michael Ryderstedt.

In the pick of the quarter-final ties, the United States host Spain in Austin, Texas, home of their former world number one Andy Roddick.

Roddick is joined by new US number one Mardy Fish and Wimbledon doubles champions Bob and Mike Bryan against a Spain side who will be without 10-times grand slam champion Rafa Nadal but still boast world number six David Ferrer and Fernando Verdasco.

Argentina's last eight match against Kazakhstan began on Thursday because of weekend elections in Buenos Aires with the home side already 2-0 up.

Should they win Friday's doubles rubber they will secure a likely semi-final clash with Serbia.

© Copyright 2020 Reuters Limited. All rights reserved. Republication or redistribution of Reuters content, including by framing or similar means, is expressly prohibited without the prior written consent of Reuters. Reuters shall not be liable for any errors or delays in the content, or for any actions taken in reliance thereon.
Related News: Novak Djokovic, Andy Roddick, Serbia, ATP, Sweden
SHARE THIS STORYCOMMENT
Print this article 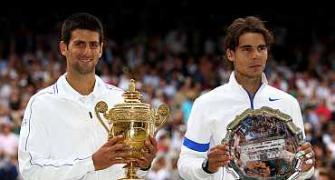 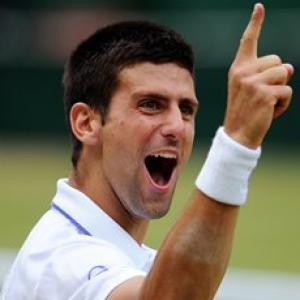