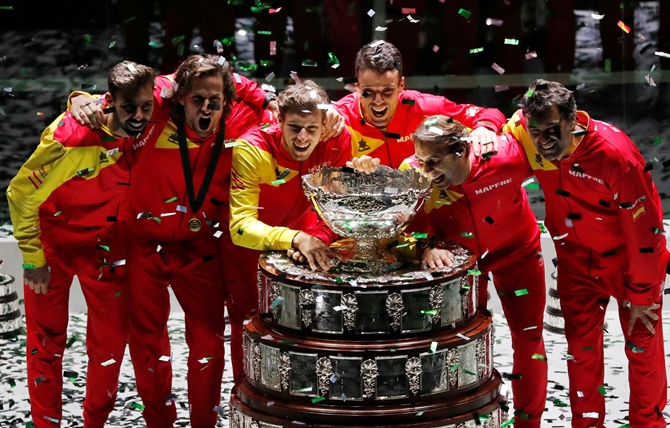 Spain captain Sergi Brugera was forced to juggle his squad throughout an intense and gruelling week at the inaugural edition of the revamped team competition.

The 38-year-old Lopez, Roberto Bautista Agut, Marcel Granollers and Pablo Carreno Busta all got court time but world number one Nadal was the rock.

He won all eight of the matches he played without dropping his serve. His 6-3, 7-6(7) win over Canada’s Denis Shapovalov clinched a 2-0 victory in the final and took his run of singles wins in the competition to an incredible 29 dating back to 2004.

His match against Shapovalov was his seventh match in four days and the past three nights he had played well past midnight, including a nerve-jangling doubles decider with Lopez against Britain in Saturday’s semi-finals.

“I think especially Rafa playing singles and doubles almost every day, he’s been our MVP this week,” Lopez said.

“Of course, I want to give credit to all of us, but he’s been amazing what he has done."

“There’s things that only people like Rafa can do and if you ask my opinion I think he’s a superhero.”

With Spain’s King Felipe amongst the 25,000 crowd on Sunday, Nadal showed again the fight that has taken him to 19 Grand Slam titles, fighting off a Shapovalov onslaught in the second set to claim Spain’s sixth Davis Cup title.

The Mallorcan was also in the winning teams in 2009 and 2011 but this one marked a new chapter in the historic competition as it was the first to be played in the new format with 18 teams battling out over an intense and gruelling seven days.

“It’s been amazing, the whole week of course. When you finally win the title after all the things that we went through I think this week,” Nadal told reporters.

“And playing at home is something difficult to describe. It’s been an unforgettable week for all of us, without a doubt,”

Team mate Roberto Bautista Agut had got the ball rolling with a win over Felix Auger-Aliassime, after returning to the squad on Saturday following the death of his father.

There were emotional scenes after his win and when the title was in the bag and Bautista Agut thanked his team mates.

“I had the opportunity to play today because all the team and all the players ... did an unbelievable effort since the first day,” he said.

“It was an amazing feeling on the court today.”

Lopez said the condensed new format, breaking away from the year-long World Group that culminated in a November final had been exciting to be involved in and the three-rubber ties and best-of-three set matches made it more unpredictable.

“It’s a very different situation to be playing,” he said. “I think this format makes everything very even."

“But it’s very exciting for the crowd but for us it’s more demanding probably. We were going to bed very late every day.”

© Copyright 2020 Reuters Limited. All rights reserved. Republication or redistribution of Reuters content, including by framing or similar means, is expressly prohibited without the prior written consent of Reuters. Reuters shall not be liable for any errors or delays in the content, or for any actions taken in reliance thereon.
Related News: Feliciano Lopez, Rafael Nadal, Roberto Bautista Agut, Denis Shapovalov, Spain
SHARE THIS STORYCOMMENT
Print this article 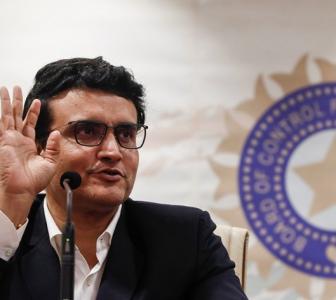 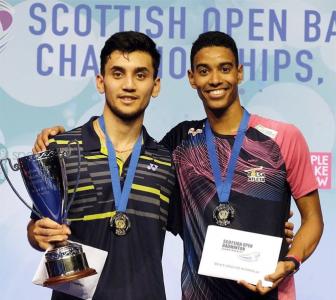 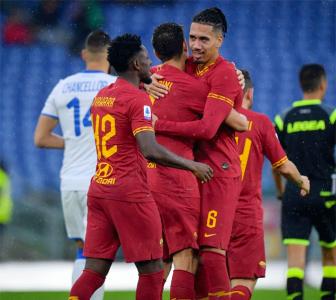 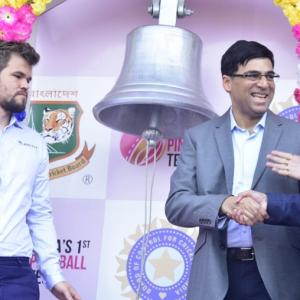 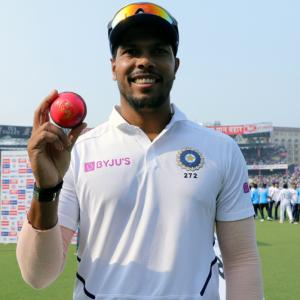