Rohit Rajpal to be India's non-playing captain for Pakistan tie 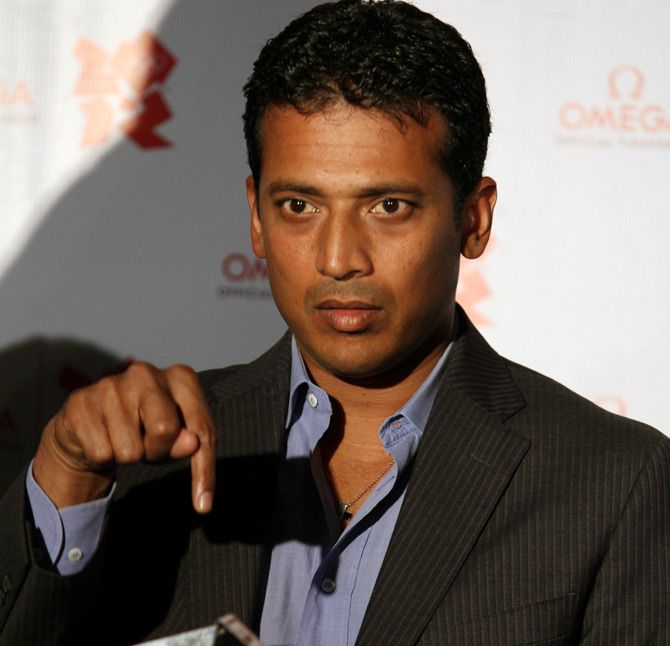 The national tennis federation on Monday named former India player and chairman of the its selection panel Rohit Rajpal as India's non-playing captain for the upcoming away Davis Cup tie against Pakistan, signalling end of Mahesh Bhupathi's era.

There was speculation that veteran Leander Paes could be considered for the job after the 46-year-old made himself available following pull-outs from top players and skipper Bhupathi.

The November 29-30 contest in Islamabad has already been rescheduled once owing to security concerns raised by India.

The All India Tennis Association decided to appoint Rajpal at its Executive Committee meeting which was followed by Annual General Meeting in Chandigarh.

"Former president Anil Khanna and incumbent Praveen Mahajan proposed Rohit Rajpal's name and everyone agreed. Rajpal will go to Pakistan as non-playing captain and this arrangement is only for this tie, as of now," an AITA source said.

The source added that Bhupathi, whose term had ended in December 2018 but was allowed an extension for the Italy tie in Kolkata, may not be considered for the job, for he refused national duty.

Bhupathi had taken over from Anand Amritraj in December 2016.

"The refusal of Bhupathi to travel to Pakistan has not gone down well with the AITA. I don't think he will be considered for captain's job in future. It's over for him. The AITA wants to continue with the tradition of non-playing captain, so Leander will definitely be considered once he hangs up his boots," said an official, who was part of the meeting.

The AITA has requested the International Tennis Federation (ITF) to shift the tie to a neutral venue and the world governing body is likely to take a final decision later on Monday.

The tie was scheduled to be held in September but was delayed when India expressed concerns about the safety of their players due to the prevailing diplomatic tensions between the two nations.

The hostilities have heightened after Pakistan opposed India's move to revoke Jammu and Kashmir's special status and turn it into a Union Territory.

Asked if Rajpal will stay on as captain if the ITF shifts the tie to a neutral venue, an AITA official said, "Yes, there will not be any change as of now irrespective of whether the tie is played in Islamabad or at any neutral venue."

Rajpal made his Davis Cup debut in 1990 against Korea in Seoul, where India suffered a 0-5 whitewash. That was the only time Rajpal represented the country, losing the dead fourth rubber 1-6, 2-6 to Jae-Sik Kim.

It is the second big responsibility AITA has handed to the 48-year-old Rajpal, who was appointed chairman of the five-man selection panel in November last year.

Rajpal, who is also the president of Delhi Lawn Tennis Association.

"It's a huge responsibility and I am thankful to AITA for choosing me for such an important tie. The onus is on ITF and Pakistan government to ensure Indian contingent's security," Rajpal said.

"I am going to approach all the players who have made themselves unavailable and request them to reconsider their decision."

It has also been learnt that former skipper Anand Amritraj, who Bhupathi had replaced in the captain's chair, was also interested in making a comeback to lead the side in Pakistan.

However, he wanted an assurance that if he is called back, it would be for at least a one or two-year term.

The Tamil Nadu Tennis Association (TNTA), led by his brother Vijay, had lobbied for Anand but AITA chose Rajpal.

Zeeshan Ali, who will travel with the team as coach, welcomed the move.

"He will be fourth captain since I took up the coach's job. Rohit knows the game and is also an administrator. He may not know the younger players very well but he is a friendly person, who has tennis as his priority. He has been on Davis Cup team with me and knows what is required," said Zeeshan.

Asked if he does not see himself as candidate for the captain's post.

"As of now, with my experience, there is a lot I can contribute to the team as the coach. I am still fit to do the hard work on court with the players. After a few years that might not be possible. I am sure at that point in time AITA will consider my time spent and experience with the team to appoint me as captain.

"Our main goal right now is to get the best team possible for the Pakistan tie. We all need to work together to ensure success. This is a difficult situation to be in with six of our top singles and doubles players not available," Zeeshan said.