Bradley Wiggins's Tour de France challenge ended before it even started on Friday when the defending champion was ruled out of Team Sky's selection for next month's race because of injury and illness.

Briton Wiggins withdrew from the Giro d'Italia this month with a chest infection and he has also been struggling with a knee problem, meaning he cannot train properly to defend his title on the Tour, which starts on June 29 in Corsica.

"With illness, injury and treatment Brad has gone past the point where he can be ready for the Tour. It's a big loss but, given these circumstances, we won't consider him for selection," Team Sky principal Dave Brailsford said in a statement.

"He hasn't been able to train hard since the Giro and now he needs further rest."

Briton Chris Froome, runner-up last year, had already been named as the team leader in the three-week race, where he is expecting a tough challenge from Spanish twice champion Alberto Contador. 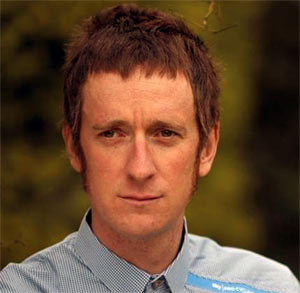 "It's a huge disappointment not to make the Tour de France," said Wiggins.

"I desperately wanted be there, for the team and for all the fans along the way - but it's not going to happen. I can't train the way I need to train and I'm not going to be ready.

"Once you accept that, it's almost a relief not having to worry about the injury and the race against time."

This year is in sharp contrast with 2012 for Wiggins, who won the Paris-Nice, Tour de Romandie and Criterium du Dauphine stage races en route to claiming the Tour and Olympic time-trial titles.

Having changed his schedule to target the Giro first, Wiggins failed to record a single individual victory, pulling out of the race after stage 12 because of a chest infection.

Whether the 33-year-old will ride the Tour of Spain starting on August 24 is now the question on everyone's lips.

In 2011, the Briton, a four-times Olympic champion, had set his sights on the Tour but pulled out when he broke his collarbone.

He recovered to take third place overall in the Vuelta and second in the road world championships' individual time-trial.