Why, Indian Army sportsmen of course! 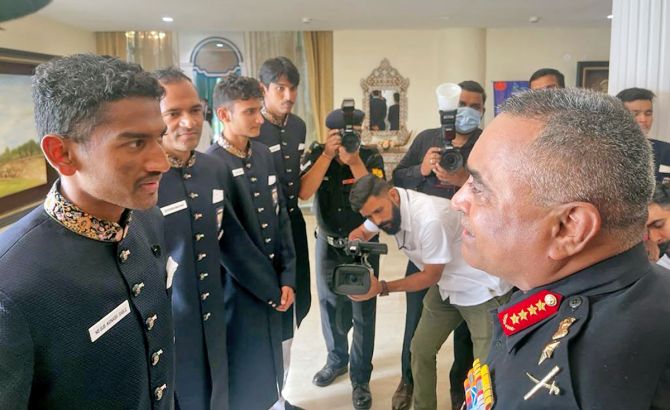 IMAGE: Among the many awesome Indian feats at the Commonwealth Games, Avinash Sable's silver medal in the 3000 metres steeplechase in a race featuring Kenyan world champions and Olympic medalists must be one of the three standout performances.
It was the first time any athlete from any country had broken the Kenyan monopoly on the medals tally in the event since the 1994 Commonwealth Games.
Sable's was truly a run for the ages!Photographs: Kind courtesy, ADG-PI Indian Army/Twitter

General Manoj Pande on Wednesday felicitated the Indian Army's sportspersons on their return from the Commonwealth Games.

General Pande and senior Indian Army officers congratulated the sportspersons at an event at the Delhi Cantonment on Wednesday, August 10, 2022.

IMAGE: By winning a gold medal in the 51 kg event at the Birmingham CWG, Amit Panghal underlined why he is one of the finest boxers in the world. 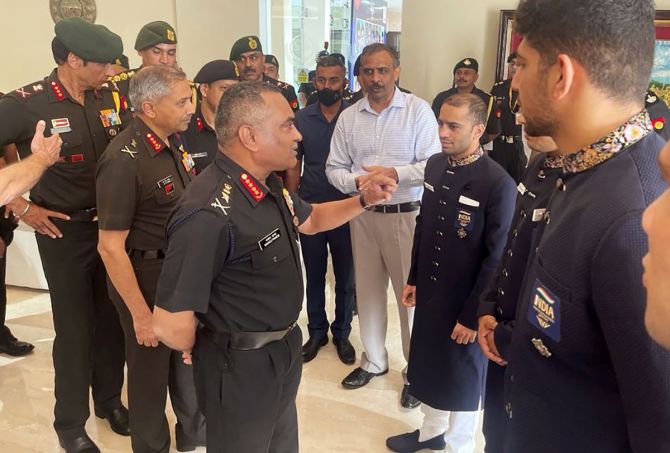 'It is indeed a commendable feat that out of 18 participants from the Indian Army in the Commonwealth Games squad, eight sportspersons have earned medals for India,' the army stated.

The Indian Army's sportspersons won four gold, one silver and three bronze medals at the CWG.