India won the team gold for the first time in Melbourne in 2006 before repeating the feat in the Gold Coast Games four years ago. Harmeet Desai raised his game in the decisive singles as India's men's table tennis team retained its Commonwealth Games gold medal after a close fight against Singapore in the final, in Birmingham, on Tuesday.

The gold was India's seventh since the sport was first introduced at the Manchester 2002 Commonwealth Games.

India were expected to beat Singapore, but Chew accounted for veteran Sharath Kamal in the first singles to level the match 1-1.

Harmeet and Sathiyan had little difficulty in getting past Yong Izaak Que and Ye En Koen Pang in the opening doubles. Sharath struggled to contain Chew but Harmeet went on the offensive against the left-hander and ensured he did not get room to go for his powerful forehand winners.

Harmeet's backhand was also on fire as he won most of the long rallies.

Whenever, the Indian placed the ball deep on Chew's forehand, the return was a winner.

Two net chords helped Sharath in the second game but the Singapore paddler comfortably won the next two.

India had beaten a stronger opponent in Nigeria on Monday, with Sharath stunning world number 15 Aruna Quadri. But his loss against a lower ranked opponent on Tuesday showed rankings do not matter much in a multi sporting event.

India won the team gold for the first in Melbourne in 2006 before repeating the feat in the Gold Coast Games four years ago.

It was also Sharath's 10th medal in the Games' history and he is set to add more with singles and doubles events to follow.

Earlier in the competition, the Indian women’s team, led by Manika Batra, suffered a major upset by Malaysia, going down 3-2 in the quarter-finals.

The men’s singles and doubles begin on Wednesday. 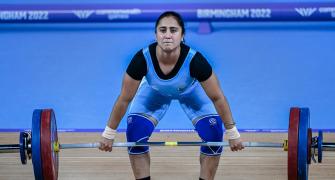 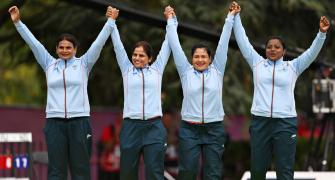 Did Punam compete in CWG with injury? 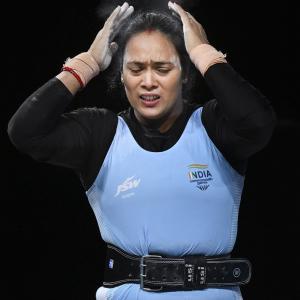