Another weightlifters' day in CWG 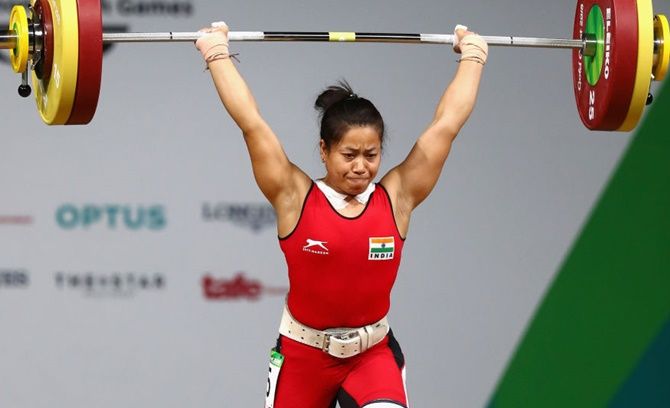 One lamented the records that went unbroken in a gold-winning performance, while the other couldn't believe his luck in managing a podium finish on debut -- Indian weightlifting had two contrasting medallists to celebrate on Day 2 of the Commonwealth Games, in Gold Coast, on Friday.

Sanjita Chanu claimed the women's 53kg category gold, breaking the snatch record in the process, but was sad about not breaking the clean and jerk mark for the Games.

On the other hand, an 18-year-old Deepak Lather became the youngest Indian weightlifter to claim a CWG medal with his bronze in the men's 69kg category.

The buoyant teenager from Haryana couldn't help but laugh at how lucky he got when his nearest rival fouled his last two clean and jerk attempts to finish fourth.

While Lather had luck on his side, Chanu had her fortitude to thank as she claimed her second successive CWG gold despite nursing a nagging back problem.

Lather, on the other hand, lifted a total of 295kg (136kg+159kg), three kilograms more than Vaipava Ioane of Samoa, his nearest rival who couldn't pull of his final lift.

The contrast couldn't have been more striking between the two Indians. While Chanu broke down in tears when she was presented her medal, Lather was grinning ear to ear and in mild disbelief at what had happened.

"I was just sitting inside and hoping the Samoan would fail his attempt. I know it's bad to wish ill for someone but I couldn't help it," Lather said breaking into a laughter after the medal ceremony.
"I was just hoping he would drop the bar, luckily he did," he added. 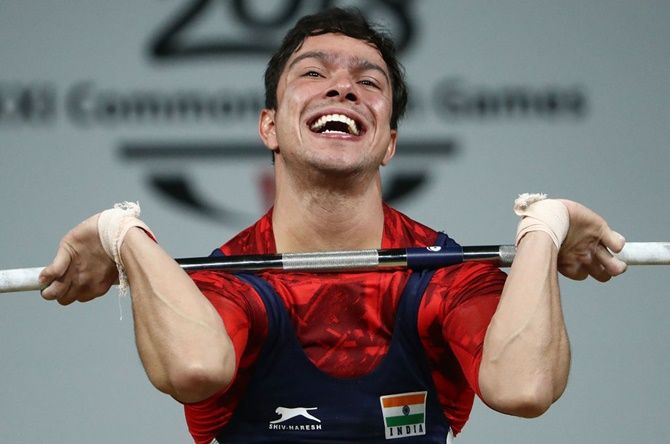 The youngster, competing in his maiden Commonwealth Games, holds the distinction of being the youngest to hold the national record as well. He held the 62kg category national record at the tender age of 15.

Trained at the Army Sports Institute as a diver before being pushed into weightlifting by the coaches there, Lather quipped, "the coaches told me diving is not for rigid bodies of Haryana. We are meant for tough stuff like wrestling, weightlifting."

A complete antithesis to Lather's playfulness was Chanu, who spoke of how important it was to prove her detractors wrong and the fact that she competed here despite not being 100 per cent fit.
"A lot of people said that probably I wasn't good enough for a medal. My back injury that I picked up at the World Championships last year is still not fully healed. I am probably at 90 per cent fitness right now," said the soft-spoken youngster.

Sanjita had won a 48kg category gold medal at the 2014 Commonwealth Games in Glasgow.

Earlier, Mirabai Chanu (48kg) won a gold medal, on Thursday, in the women's competition and P Gururaja claimed a silver in the men's 56kg category. The Indian weightlifters have so far claimed four medals in the event. 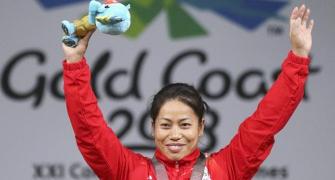 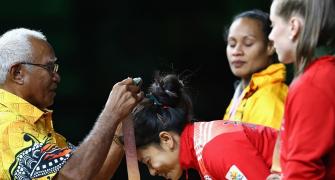 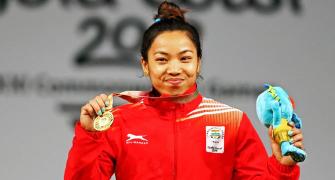 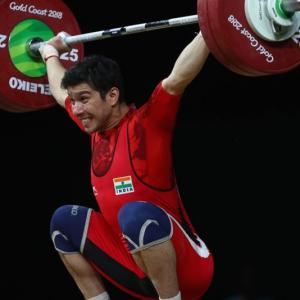