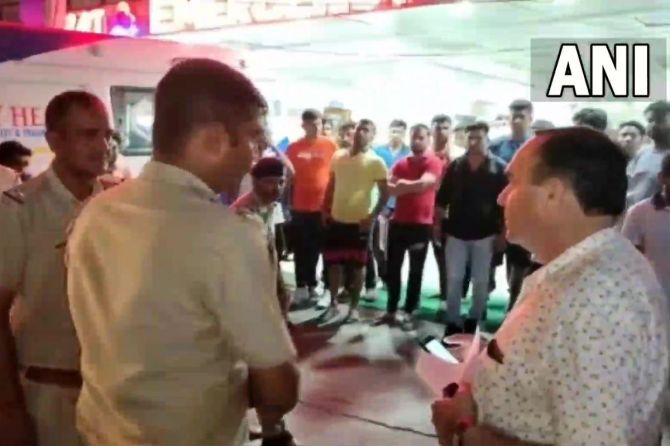 IMAGE: Police at the hospital in Rohtak where CWG Medallist Pooja Sihag's Husband was declared dead from a drug overdose  Photograph: ANI Photoe

An ANI report cited police officials saying that the body of Pooja’s husband Ajay Nandal was sent for a post-mortem after he was found dead under mysterious circumstances in Rohtak.

“His father alleged that his friend Ravi had given him a drug overdose and, subsequently, he died. We have booked Ravi under Section 304 of the IPC,” the DSP added.

Ajay was working with the CISF and posted in Delhi. He visited his village Garhi Bohar every weekend given its proximity to Rohtak and had been practising at Mehar Singh wrestling arena at Dev Colony in Rohtak.

In his complaint to the police, Ajay's father Bijender Singh said his son had left the house around 11 am on Saturday and told them that he was going to attend his friend’s birthday party at Dev Colony.

“On Saturday night, we received a call that Ajay was undergoing treatment at a private hospital in Rohtak. When I reached there along with my younger son, the doctors told us that he died of a drug overdose given by his friend, Ravi,” the victim’s father added. 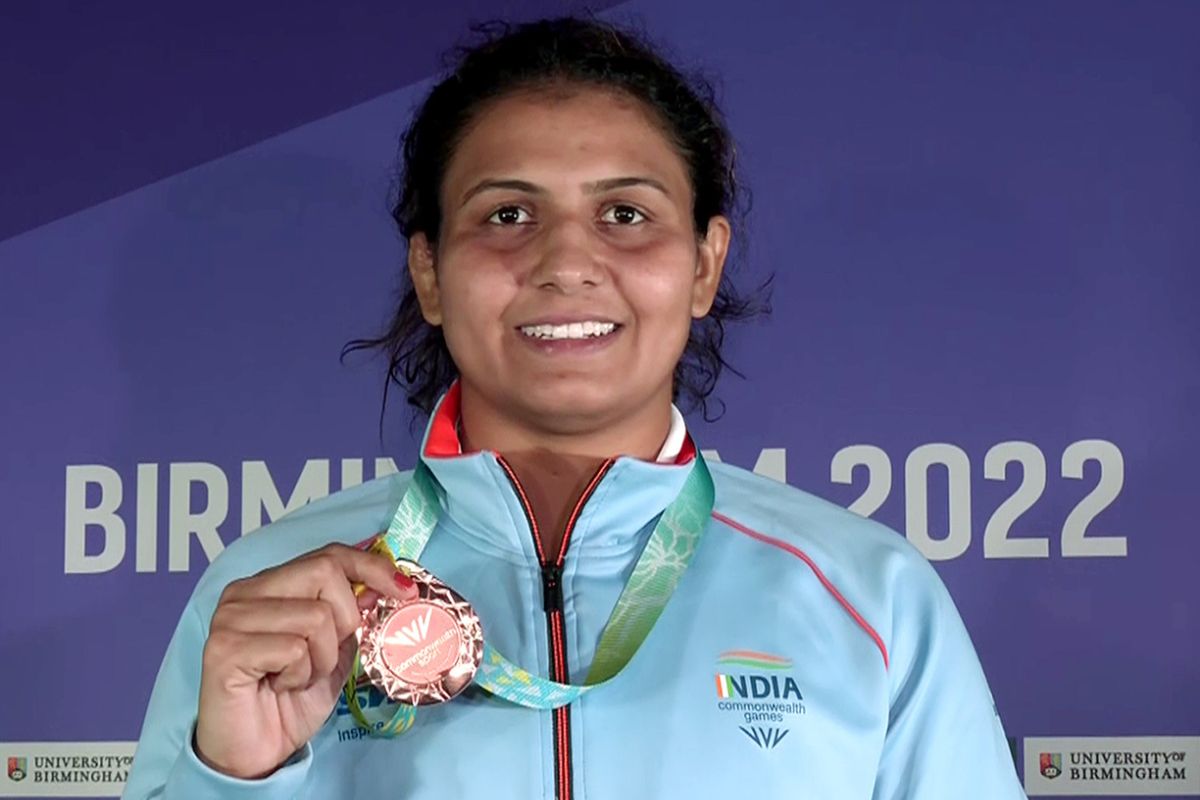 Wrestler Pooja Sihag had recently won the bronze medal in the Women’s Freestyle 76kg category final after delivering a dominant performance against Australia’s Naomi de Bruine at the Commonwealth Games 2022.