Pained by reports of his alleged involvement in the Commonwealth Games-related scam, former Organising Committee chairman Suresh Kalmadi said he will resign as Member of Parliament in case any proof of him having taken even a single rupee surfaces.

"I can vouch that I have not gained financially even a single rupee out of these Games and if proved otherwise I am prepared to step down as a Member of Parliament," Kalmadi said in a statement, on Sunday.

"I am deeply pained and constrained at the malicious campaign going against me regarding Commonwealth Games 2010. The stories going around are far from actual facts," he said. 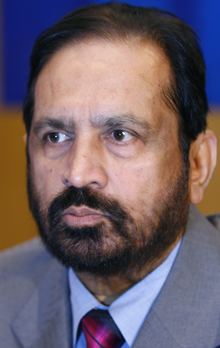 Kalmadi, who was sacked as CWG OC head recently after Ajay Maken took over as the Sports Minister, also demanded the constitution of a Joint Parliamentary Committee to probe the issues surrounding the Commonwealth Games if the government agrees to form a JPC in the 2G Spectrum controversy.

"Were the government to agree to constitution of a JPC into the 2G Spectrum issue it would only be fair a similar process of Joint Parliamentary Committee should go into the entire range of issues connected with preparations, executions and conduct of the Commonwealth Games. I am confident that this would enable the entire truth to emerge in the public domain," said Kalmadi.

The IOA president, who is an MP from Pune, reiterated his oft-repeated claim that the OC budget was a very small amount of the total fund sanctioned for the Commonwealth Games.

"The OC budget for conducting the Games was just about five per cent of the total budget of the CWG. In spite of this, I am the only one who has been singled out and targeted for investigations while the role of all other government agencies, including Delhi government and various other Central Government instrumental agencies connected with the decision making process, who have been associated with 95 per cent of the budget, has been completely overlooked," Kalmadi said.

"The sports fraternity -- from athletes to officials and international media -- have lauded the success of the Games and termed it the best ever CWG. Yet, my reputation has been greatly harmed by the continuous allegations of wrong-doing with regular media bashing.

"It is a well-known fact that even though the Games were awarded in 2003, the actual work towards the Games started somewhere in 2008; with the paucity of time on one side and reputation of country on the other side, there were pressures to complete and achieve target and deadline of 3 October 2010. I am thankful to the Hon'ble Prime Minister for his whole-hearted support," said Kalmadi.

Kalmadi said all the decisions related to the Commonwealth Games were taken collectively and there were also government nominees overseeing every process.

"I wish to reiterate that there was a well-documented system of decision making in the OC and the all the government nominees in the Organising Committee and the Executive Board were part of this decision making on all issues, including financials. It is rather strange that they have been totally left out with no responsibility is being attached to them for the decisions taken," he said.

He admitted that there were mistakes made on the organisational front of the Commonwealth Games but it was understandable as India was hosting a multi-sporting event for the first time after the 1982 Asian Games.

"My only endeavour was to deliver the best Games so that we could stake our claim for hosting the Olympics in India. I do admit that there may have been certain mistakes committed in the management as we have not hosted any big event like this after the Asiad 1982 and we lacked the requisite experience and know-how. But attaching the corruption charge on me is totally unfair.

"The Commonwealth Games 2010 were conducted in India after 28 years. It was the largest international multi-sport event to be staged in Delhi and India, and the world hailed the Games as the best ever hosted since the inception of the Commonwealth Games.

"I am extremely thankful to all my colleagues of all Sports Federations and the State Olympic Associations who have unanimously reposed their full faith and confidence in me in the General Body Meeting of IOA held at Ranchi recently. I, as the president of IOA, spearheaded the Olympic movement of India along with my colleagues for number of years and the results of which were amply visible in the medal tally of Indian athletes at the CWG 2010 and Guangzhou Asian Games 2010," Kalmadi said.

Not aware if PM is coming for Nat Games: Kalmadi