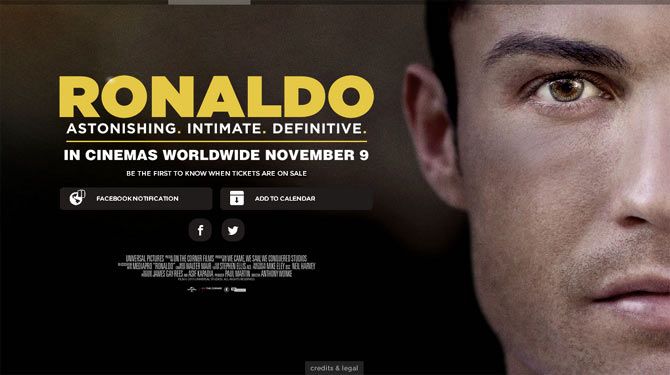 IMAGE: The poster of the film 'Ronaldo'. Photograph: ronaldothefilm.com

He is arrogant and a family man, but, first and foremost, a champion footballer!

The trailer of the documentary film, titled Ronaldo, which was released by the man himself on his Twitter page, captures moments of his on-field brilliance and provides an in-depth look into the person beyond the footballer.

The movie includes conversations with the former Manchester United star's mother and an interview with him. 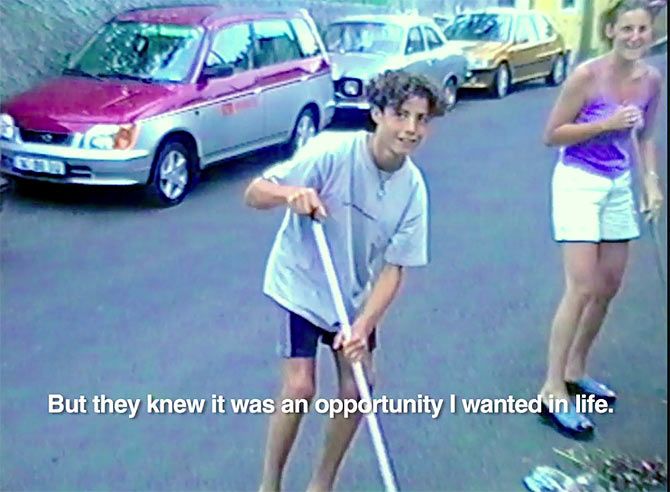 A grab from the documentary.

“Some people hate me, some people love me, I was made to be the best,” says the winner of the Fifa Ballon d’Or for the last two years in the documentary.

Here’s a treat Ronaldo fans, and critics, will not want to miss!

Directed by Anthony Wonke, Ronaldo will be released worldwide on November 9.

Click on the link HERE to watch the trailer...