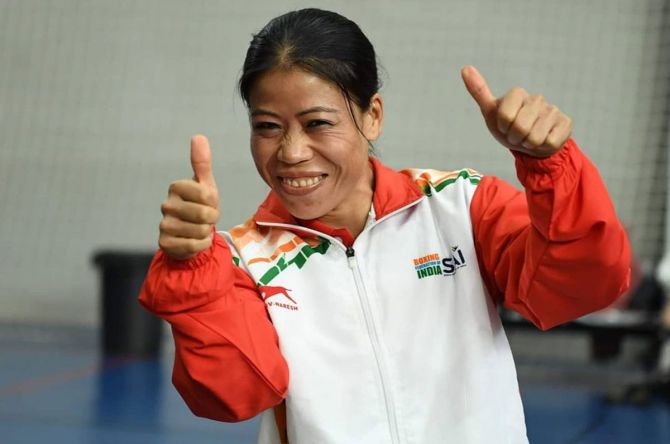 The Indian men's and women's cricketers came out in support of India's Olympic-bound athletes asking the countrymen to wholeheartedly support them during the Tokyo Games.

'Watch out for our Indian athletes at the Tokyo Olympics,' say India men's and women's captains Virat Kohli and Mithali Raj in the video posted by BCCI on Twitter on Saturday.

'The BCCI proudly joins the Honourable Prime Minister of India Shri @narendramodi in extending our wholehearted support to the Team India Athletes @Tokyo2020. They have trained hard and are raring to go. Let us get together and #Cheer4India,' BCCI said.

More than 100 Indian athletes have qualified for the Tokyo Games, which start on July 23, with the Indian Olympic Association expecting India to touch the double-digit medals mark in Tokyo.