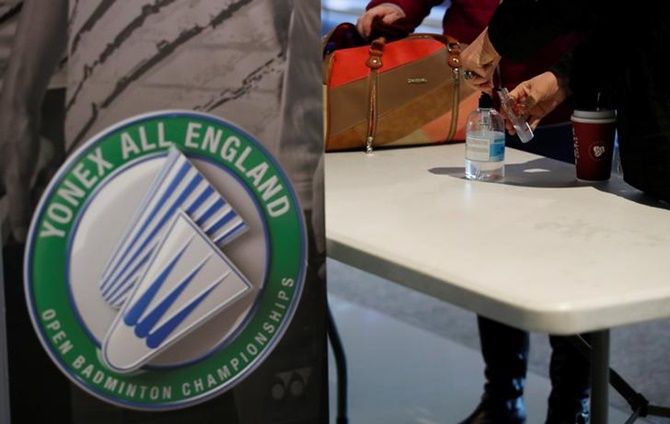 India’s shuttlers, including London Olympics bronze medallist Saina Nehwal, expressed shock after reports emerged that a sparring partner of the Taiwanese national team, who was in Birmingham during the All England Championship, tested positive for the coronavirus.

Former top 10 player H K Vittinghus of Denmark on Friday shared a Taiwanese media report that a 10-year-old sports student, who was at the All England Championship, was diagnosed positive for COVID-19.

Reports said that the teenager was a sparring partner of the Taiwan badminton team and he is believed to have travelled in the team bus between hotel and the arena during the All England Championships.

India’s leading players, including Saina and P V Sindhu, participated in the tournament, from March 11 to 15.

"No way ... really really shocked," Saina wrote on her Twitter handle, reacting to the report.

India's doubles exponent Ashwini Ponappa, who was also in Birmingham for the US $1,00,000 tournament, too expressed concern.

Some Indian shuttlers, including H S Prannoy, world No 10 Chirag Shetty and Satwiksairaj Rankireddy pulled out of the All England Open championship owing to the coronavirus outbreak.

Verma brothers -- Sourabh and Sameer - are the other men's singles players who withdrew, while the men's doubles pair of Manu Attri and Sumeeth Reddy had also opted out.

Saina, Kashyap and Ashwini later slammed the Badminton World Federation (BWF) for continuing the Championship, saying their safety was compromised for financial gains.

Chief National coach Pulella Gopichand also said it was wrong on BWF's part to put the players at risk. All the India players returning from Birmingham are currently in self isolation. 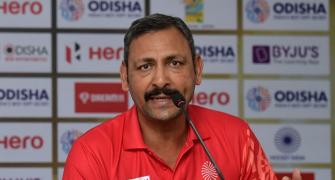 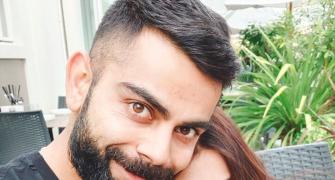