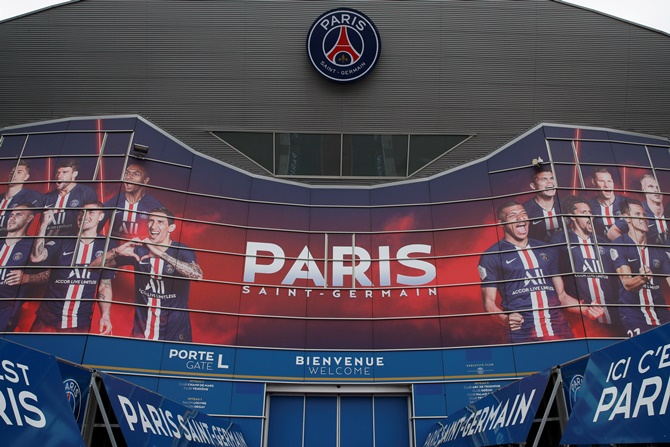 IMAGE: PSG ended the season on 2.52 points with OM on 2 and third-placed Stade Rennais on 1.79. Photograph: Gonzalo Fuentes/Reuters

Paris St Germain have been awarded their seventh Ligue 1 title in eight years after the season was ended amid the COVID-19 crisis, the French League (LFP) said on Thursday.

PSG had a comfortable 12-point lead over second-placed Olympique de Marseille when the season was suspended with 10 games left as part of French government's measures to contain the spread of the novel coronavirus last month.

With some clubs having played 27 games and others 28, the LFP drew the standings according to a performance index - the number of points per game weighed by head-to-head record.

PSG therefore ended the season on 2.52 points with OM on 2 and third-placed Stade Rennais on 1.79.

According to the standings, Marseille qualify for the Champions League group stage with Rennes going through a qualification playoff.

The LFP also crowned Lorient as Ligue 2 champions in a conference call after the standings were frozen after all teams had played 28 matches.

"We have decided there would be two promotions and two relegations", Didier Quillot, the chief executive of the French League, told a news conference. It means Amiens and Toulouse will be relegated and Lorient and Lens will be promoted.

Lorient had 54 points after losing four of their last five games with Lens on 53, leaving third-placed AC Ajaccio (52) and fourth-placed Troyes (51) in Ligue 2.

"There might be appeals but our decisions are solid," Quillot added.

"We understand, respect and support the decisions taken by the French government to stop the league. Health, as the government has always said, must be a priority for all of us," PSG president Nasser al Khelaifi, who dedicated the title to the caregivers involved in fighting COVID-19, said in a statement.

"I would like to thank the players, the coach, the sporting and medical staff as well as all the employees of the club for their great work. This trophy rewards their daily commitment," he added.

The new season will start on Aug. 22-23 at the latest, probably behind closed doors as popular events are banned until September in France.

"If then playing without spectators is allowed, we will try to play the Cup finals (League Cup and French Cup) in early August," said Quillot.

PSG are to play against St Etienne in the Cup final and Olympique Lyonnais in the League Cup final.

The finals' results could affect who joins fourth-placed Lille in the Europa League, although UEFA regulations state that leagues must say who is qualified by May 25 at the latest.

The LFP's announcement ended weeks of speculations and rows between club presidents.

© Copyright 2021 Reuters Limited. All rights reserved. Republication or redistribution of Reuters content, including by framing or similar means, is expressly prohibited without the prior written consent of Reuters. Reuters shall not be liable for any errors or delays in the content, or for any actions taken in reliance thereon.
Related News: PSG, LFP, Ligue, Didier Quillot, Stade Rennais
SHARE THIS STORYCOMMENT
Print this article 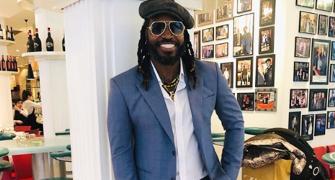 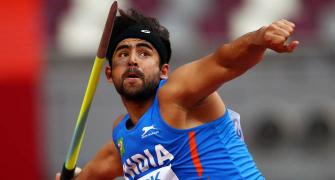 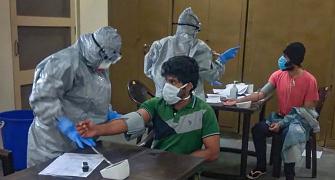 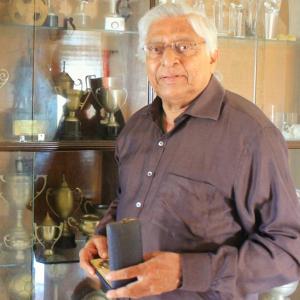 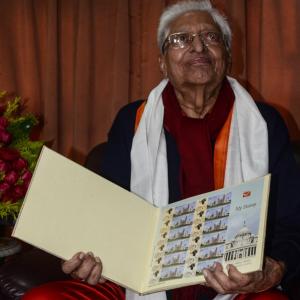