Thursday's ceremony marks the 80-year anniversary since the relay, which did not exist in the ancient Greek Olympics, was introduced by the Nazi organisers of the 1936 Berlin Games 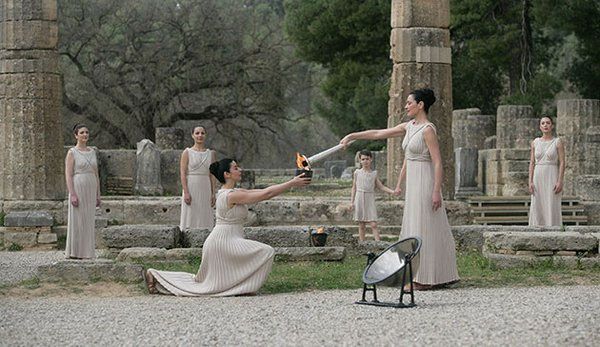 IMAGE: The Olympic flame lighting ceremony is held at the Ancient Olympia in Greece on Thursday. Photograph: Olympics/Twitter

The official countdown to this year's Rio de Janeiro Olympics began on Thursday when the torch was lit at the site of the ancient Games, with organisers hoping it will shift attention away from Brazil's political and financial turmoil.

On a glorious spring day with the sun burning hot above the ancient stadium in Olympia, an actress playing a high priestess lit the torch from the rays of the sun at the temple of Hera, using a parabolic mirror.

A refugee will also carry the torch during the Greek leg of the relay before Brazilian organisers receive it in a handover at the Panathenian stadium on April 27 in Athens, site of the first modern Olympics in 1896.

Brazil will start its relay on May 3 in the capital Brasilia with the first of 12,000 runners, carrying it through 300 cities and towns in the 26 Brazilian states and ending in Rio on the day of the opening ceremony. 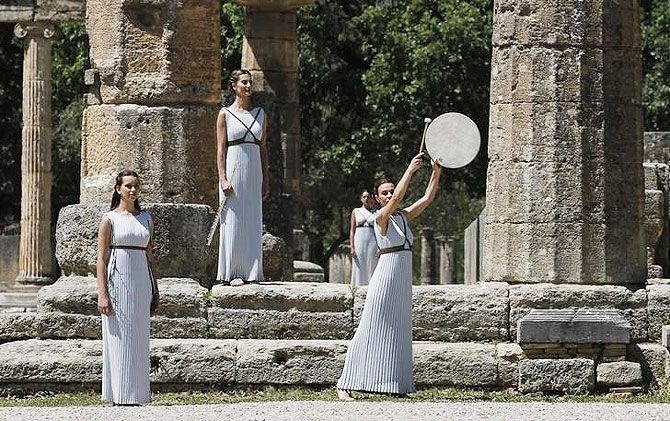 IMAGE: Priestesses attend the Olympic flame lighting ceremony for the Rio 2016 Olympic Games inside the ancient Olympic Stadium on the site of ancient Olympia, Greece, on Thursday. Photograph: Yannis Behrakis/Reuters

Preparations for the first Games in South America, which run from Aug. 5-21, have been plagued by problems and a shortage of cash for organisers as the country is experiencing its worst recession in decades.

"(The torch lighting) brings a message that can and will unite our dear Brazil," Rio Games chief Carlos Nuzman said in his speech.

Brazil President Dilma Rousseff, who cancelled her trip to ancient Olympia, is facing impeachment and federal prosecutors are investigating Olympic projects for corruption.

Asked if organisers were concerned about a possible change of government, Nuzman told Reuters: I'm not a politician and I don't know. We know what we needed to do, and we'll do (it)."

The crisis has paralysed the country's ability to revive its economy from recession in the midst of a huge corruption scandal involving state-run oil firm Petrobras.

"Despite the difficulties that Brazil is facing today, the flame is a timeless reminder that we are all part of the same humanity," International Olympic Committee (IOC) President Thomas Bach said. 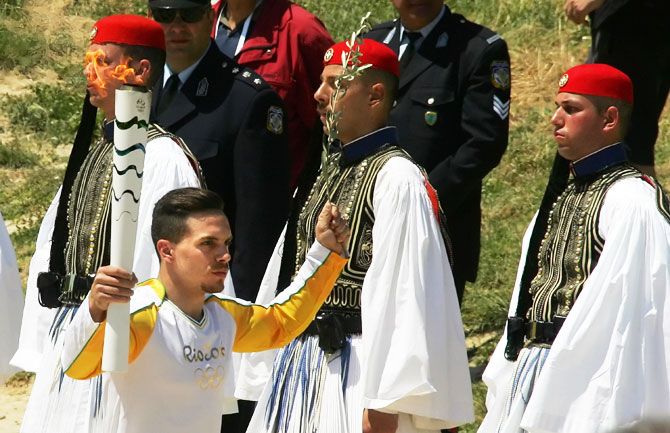 IMAGE: The first torchbearer and reigning world champion gymnast Lefteris Petrounias runs with the torch during the lighting ceremony of the Olympic Flame for the Rio Olympic Games on April 21, 2016 in Olympia, Greece. Torchbearers will carry the Olympic Flame from Ancient Olympia on relay through Greece for eight days before a hand-over ceremony at Panathenian Stadium in Athens. Photograph: Milos Bicanski/Getty Images

"Rio de Janeiro... will provide a spectacular to showcase the best of the human spirit. In just a few weeks the Brazilian people will enthusiastically welcome the world and amaze us with their joy of life and their passion for sport," Bach said.

Brazil's interim sports minister, Ricardo Goncalves, said authorities were "very happy, because Brazil is ready" and that the crises would not impact the Games.

"The Olympic Park, the venues are ready. Everything was done, so no impact," he said.

Thursday's ceremony marked the 80-year anniversary since the relay, which did not exist in the ancient Greek Olympics, was introduced by the Nazi organisers of the 1936 Berlin Games.

"Brazil will start telling the world a different story from the one we usually see in the news lately," said 2016 Olympics Ceremonies producer Marco Balich, who travelled from Rio to Olympia to witness the lighting of the flame.

"The story about the celebration of humanity and the joy of life." 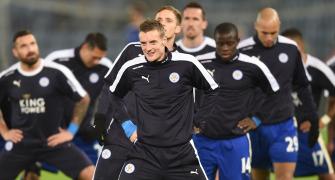 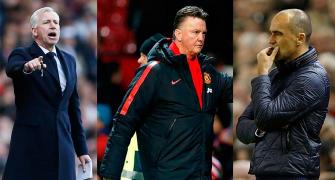 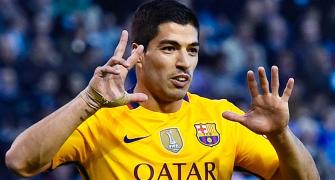 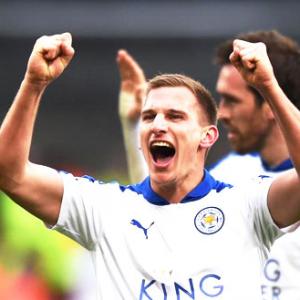