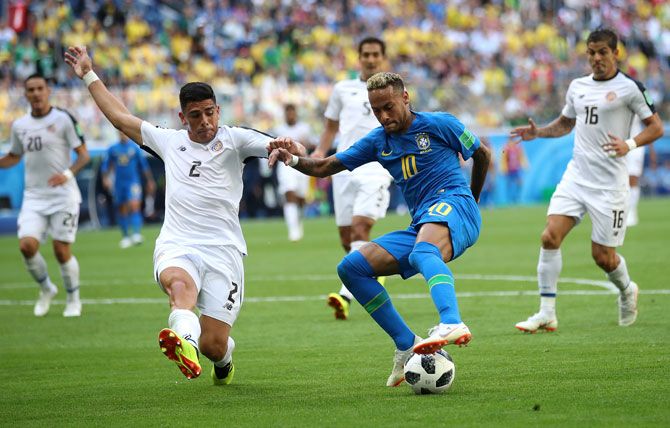 Costa Rican defender Johnny Acosta on Thursday said he had no idea about Indian football and it was only the rich history of East Bengal that drew him to sign up with the prestigious club.

East Bengal had created quite a stir in Indian football when they signed 35-year-old Johnny Acosta, who played all three games for Costa Rica at the 2018 World Cup in Russia.

Having got a sponsor, East Bengal were in talks to take part in the ISL but reports claim that the number of teams may not be increased this season.

"I have not seen any Indian football matches before. The one I saw on October 6 (East Bengal's Kolkata league match against WB Police) was my first. I don't know anything about the leagues in India as well," said Acosta, who once played against Lionel Messi back in 2011 in the Copa America.

A fan of Paolo Maldini, Acosta further said he is ready to take the field for East Bengal.

"I am ready. I am just waiting for my paper work. Once they are ready I will start playing," the defender, who will sport his usual No 2 jersey, said.

Asked if the language would be a concern, Acosta said: "Language has never been a problem for me. I will not face any problem adjusting here as football has only one language. This is football."

Acosta was disappointed that Costa Rica finished last in Group E and crashed out early despite an impressive show in Russia World Cup.

"It was disappointing definitely. We were playing against such a top side like Brazil and we had almost managed to get a draw against them," he said during the media conference.

"Unfortunately, they scored and we were left heartbroken."

Acosta, with 71 International matches for Costa Rica, was impressive against Neymar's Brazil, who required two stoppage-time goals from Coutinho and Neymar to beat them 2-0.

Costa Rica drew 2-2 with Switzerland, and had lost their opening game 1-0 against Serbia.