'We are facing difficulties in going out of the country for training. Travel bans have been put in place for many countries which is hampering our preparation.' IMAGE: Having won silver at the 2016 Olympics in Rio, P V Sindhu is gunning for gold at the upcoming Games in Tokyo. Photograph: Reuters

The novel coronavirus outbreak has affected their Olympic preparations, but India's top athletes, like P V Sindhu and Bajrang Punia, say they are optimistic about the quadrennial event going ahead as scheduled despite the current health crisis.

Rio Olympics silver medallist Sindhu says she can understand the apprehensions of fellow-shuttlers, including compatriot Sania Nehwal, who is racing against time to qualify for the Games due to the cancellation of tournaments in the wake of the outbreak. The Olympic Games are scheduled to start in Tokyo on July 24.

"For now, All England Championships hasn't been cancelled yet, everything is going on well, but the coronavirus is spreading very quickly. At the end of the day, I will adhere to the government's decision on what needs to be done," Sindhu said on Thursday.

"It (coronavirus) has just come out and has become too much now. It's a bad thing to happen in an Olympic year. Few of the tournaments have been cancelled, so we will have to wait and see what happens," she added.

Her mentor and national coach Pulella Gopichand said even though an event like the Olympics is a once-in-a-lifetime experience for a sportsperson but health and well-being of people should always be the top priority.

"In none of the other Games, Commonwealth, Asian Games or World Championships, we have seen this kind of thing. For us, Olympics comes in four years and is a lifetime opportunity. So people prepare, plan and live their dream," he said.

"I think at the end of the day it is very important to understand and recognise the fact that life is important and sport is only a part of life and sometimes in our focus we tend to lose the perspective.

"If things go well the Olympics will happen but if they don't, I think the priority is to ensure the safety and health of the citizens."

The coronavirus, which was first detected in Wuhan, China, is spreading fast and has so far led to over 3,000 deaths while infecting nearly 100,000 across the world. China, Italy, Korea, Japan and Iran are among the worst hit by the deadly disease.

"We are facing difficulties in going out of the country for training. Travel bans have been put in place for many countries which is hampering our preparation," one of India's top medal hopes in wrestling, Bajrang Punia said.

"We are going to Russia for training but some wrestlers are nervous after the Asian Olympic Qualifier was cancelled."

The three-time world championship medallist grappler, however, urged people not to press the panic button just yet.

"I haven't made any changes in my lifestyle. I don't think people should panic too much," Bajrang said.

"As an athlete, I will continue my preparations without thinking about whether the Olympics will be postponed or not. It's up to the organisers and IOC to take a call."

The International Olympic Committee (IOC) and Tokyo Games organisers have asserted that the event will be held as per schedule despite coronavirus concerns.

Seasoned shooter Sanjeev Rajput, who has already booked his Olympic quota, is hopeful that the Olympics will be held smoothly despite admitting that the situation is not exactly good in terms of preparation.

"Preparations are indirectly affected as our main plan was to go to South Korea for the Test event which is going to happen in the same range as the one to be used in the Olympics. But now we will be training for the same Test event in India and I hope the Test event takes place," he said.

"I have hope that it (Olympics) will be held as per schedule, same time, same venue. Still it's 4-5 months away, we can expect some good news by then that COVID-19 is shrinking."

India's sprint ace Dutee Chand, who is yet to qualify for the Tokyo Games, said an event like the Olympics can't be held if majority of the competing nations decide to skip because of the virus.

"My job is to run, so it is up to the government to decide whether to send me abroad for training or not. My three competitions abroad have been cancelled. I had booked my tickets but didn't get visa due to coronavirus," she said.

"The virus started from China but now has spread all over the world. So, if the situation remains the same then it will be a threat for all athletes.

"Olympics is a big event and it cannot be held if 26 or 27 countries decide not to participate." 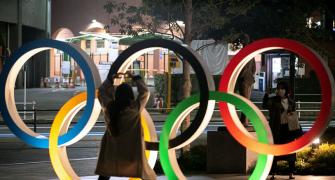 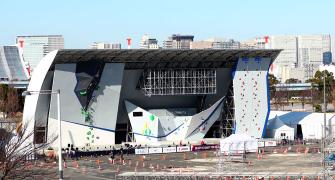 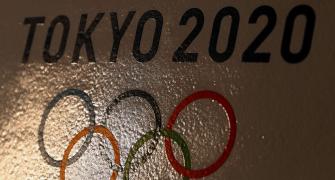 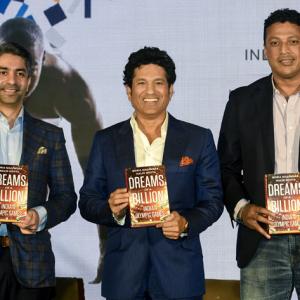 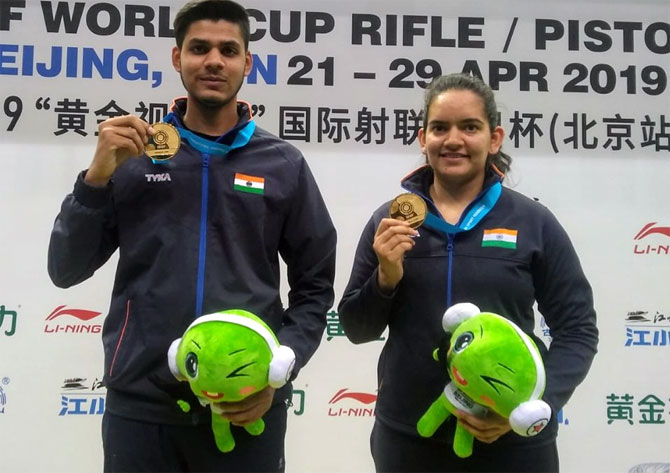