The other Dronacharya nominee this year is little-known boxing coach Mahavir Singh, who has been with the women's national team for quite a few years. Among those who endorsed him was London Olympics bronze-medallist and five-time world champion woman boxer M C Mary Kom.

Raj Singh is the Wrestling Federation of India Secretary General and has been a coach for nearly four decades. The wrestlers who endorsed his nomination include Olympic silver-medallist Sushil Kumar.

Mahato started coaching in 1994 and among her wards is former world number one and Commonwealth Games gold-medallist Deepika Kumari.

Saini, who is employed with the Sports Authority of India, has been in coaching for 17 years and four girls trained by him are in the senior national team while 10 are in the junior national squad.

Thomas, who is based in Kerala, has Olympian Anju Bobby George, sprinter Jincy Philips, and 800m double Asian Games gold-medallist Shiny Wilson among his long list of wards.

The list will now be forwarded to the Sports Minister Jitendra Singh for final approval. The official announcement is expected to be made in mid-August.

The award, instituted in 1985, comprises a bronze statuette of Dronacharya, a scroll of honour and a cash component of Rs five lakh.

Former cricket captain Sunil Gavaskar and tennis legend Vijay Amritraj were also nominated for the Dhyanchand Award. But they were left out as they had already received the Arjuna award.

The rules stipulate that sportspersons who have been conferred the Arjuna award are not considered for the Dhyanchand award. 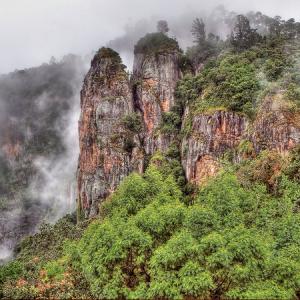