Inter Milan staged a late smash-and-grab raid as goals by Mauro Icardi and Matias Vecino secured a 2-1 home win over Tottenham Hotspur in their Champions League Group B opener on Tuesday.

Spurs appeared to have delivered the perfect response to their stuttering domestic form as they led through Christian Eriksen’s deflected 53rd-minute strike.

Inter, who have started poorly in Serie A, were offering little threat but Icardi’s superb 86th minute volley brought the San Siro to life and Vecino’s stoppage-time header flattened a Tottenham side who have themselves been struggling.

With group leaders Barcelona, 4-0 winners at home to PSV Eindhoven, looming for Spurs in their next Champions League fixture at Wembley Stadium, the London side’s hopes of emerging from a tough group are already in peril.

Inter scored four goals in each of their two previous home matches against Tottenham in Europe — the first in 2010 when Gareth Bale scored a memorable hat-trick for Spurs after halftime in a 4-3 win for the Italians.

A repeat of that free-wheeling action never really looked likely during an opening period short on clear chances.

Inter enjoyed some early pressure but it was Tottenham who had the best chance of the half when Eriksen picked out Harry Kane with an astute pass and the England striker rounded keeper Samir Handanovic only to see the ball squirm away from him.

Eriksen also tested Handanovic with a free kick, while at the other end Spurs keeper Michel Vorm had to be alert to palm away a cross that deflected off his team mate Davinson Sanchez.

Seven minutes after halftime it was playmaker Eriksen who gave Tottenham the lead in fortuitous circumstances.

His initial shot was well-saved by Handanovic but when the ball came back out of the area the Dane’s follow-up effort took a wicked deflection as Miranda tried to block and the spinning ball deceived the keeper who could not keep it out of the net.

Inter responded and should have levelled almost immediately when Ivan Perisic headed too close to Vorm.

Spurs defended well after that, however, and seemed in complete control and on their way to only their second competitive victory on Italian soil.

Then, out of nowhere, it all went horribly wrong for Mauricio Pochettino’s side — who have now lost three games in a row in all competitions under the Argentine for the first time.

There did not look too much danger when Kwadwo Asamoah lifted over a cross from the left but Icardi met it with a sensational right-foot volley to give Vorm no chance.

Inter then laid siege to Tottenham’s goal and the visitors buckled as Vecino rose to loop a header past Vorm.

Red Star Belgrade ground out a 0-0 home draw against Napoli on the Serbian side’s Champions League debut as their goalkeeper Milan Borjan made a flurry of telling saves in a pulsating Group C clash.

The visitors twice hit the woodwork and missed a string of chances, leaving their manager Carlo Ancelotti frustrated after dropping points in a tough group that also includes Liverpool and Paris St Germain.

“It was close, we just lacked the final spark,” said Ancelotti, who also praised Borjan and refused to criticise his players.

“We failed to win an important game but there are still five more to go and we can beat anyone. We made little mistakes in passing and shooting and were unlucky too.”

“I almost broke down to tears when I heard the roar from the terraces,” he told reporters.

“It was a dream come true. It was a tough game, we fought hard and had to defend for very long spells. We are delighted and have now made life difficult for Napoli.”

Napoli dominated the opening half and twice went close to taking the lead as Lorenzo Insigne rattled the crossbar and Borjan denied Arkadiusz Milik from close range with a fine reflex save.

Roared on by a fervent 55,000 home crowd, 1991 European Cup winners Red Star were rarely able to get out of their own half but their packed midfield and well-organised defence largely kept Napoli at bay.

Several last-gasp tackles early in the second half kept Red Star afloat and they threatened for the first time in the 58th minute when Napoli keeper David Ospina palmed away a fizzing low shot by halftime substitute Dusan Jovancic.

Borjan smothered a Piotr Zielinski effort shortly afterwards and substitute Dries Mertens shot wide from the edge of the six-yard box as Napoli continued to pile on the pressure with crisp one-touch passing.

Mario Rui shaved the bar with a curling free kick and a Red Star defender cleared Jose Callejon’s shot off the line after another darting raid by the visitors down the left flank, with the home side hanging on desperately.

With Red Star’s 1991 generation watching after they received a standing ovation from the fans prior to kick off, the home side nearly scored against the run of play when Ospina saved an 80th-minute shot from striker Richmond Boakye.

Napoli could not find a way through in the final stages as Red Star closed ranks, drawing loud cheers from their fans after salvaging a point with a gritty performance.

Atletico Madrid battled their way back from a goal down to pull off a confidence-boosting 2-1 win at AS Monaco in Champions League Group A, with a defiant response to their troubling start to the domestic season.

Atletico have won only one La Liga game so far and their problems at home looked to have followed them into Europe when some haphazard defending allowed forward Samuel Grandsir to score from close range and put the French side ahead in the 18th minute.

Diego Simeone's side continued to suffer and it took a flying save from goalkeeper Jan Oblak to prevent Jean-Eudes Aholou from doubling Monaco's lead with a venomous long-range strike.

Diego Costa gave the visitors a lifeline just after the half-hour mark by controlling a clever through ball from Antoine Griezmann and providing a cool finish.

It proved a shot in the arm to Atletico and they responded by dominating the rest of the half, eventually clinching the winner on the stroke of halftime when defender Jose Gimenez headed home from a corner, helped by sloppy goalkeeping from Monaco keeper Danijel Subasic.

Costa had a goal correctly ruled out for offside at the start of the second period and Atletico came under pressure in the final stages but withstood a late charge from Monaco to see out a much-needed victory.

Borussia Dortmund's United States forward Christian Pulisic came off the bench to grab a late goal for a 1-0 Champions League Group A victory over Club Brugge.

A game of few clear-cut chances looked to be heading for a stalemate before Brugge defender Matej Mitrovic’s clearance looped off the outstretched leg of Pulisic and into the net after 85 minutes, a gift on the striker’s 20th birthday.

Dortmund had dominated possession at the Jan Breydelstadion, especially in the second half, and ended a run of eight games without a victory in the Champions League.

The German side handed a debut in the competition to 18-year-old Jadon Sancho, the youngest English player to make his bow in the Champions League for a team outside England.

Dortmund’s Marius Wolf shot over from the edge of the box inside 13 seconds after Brugge goalkeeper Karlo Letica cleared a weak back-pass straight to him in a nervy start for the hosts.

Abdou Diallo was then inches away from giving the visitors the lead as he sought a touch to Lukasz Piszczek’s header from a corner, but the first half ended goalless.

Piszczek spurned a great chance at the back post from Shinji Kagawa’s cross when he failed to get the right connection before Brugge teenage substitute Lois Openda had their best opportunity minutes after coming on as he shot straight at Burki.

However, the final opportunity fell to Pulisic, whose persistence paid off to seal three points for his side leaving them alongside Atletico Madrid who won 2-1 at AS Monaco.

© Copyright 2022 Reuters Limited. All rights reserved. Republication or redistribution of Reuters content, including by framing or similar means, is expressly prohibited without the prior written consent of Reuters. Reuters shall not be liable for any errors or delays in the content, or for any actions taken in reliance thereon.
Related News: Napoli, Tottenham Hotspur, Red Star, Matias Vecino, Christian Eriksen
COMMENT
Print this article 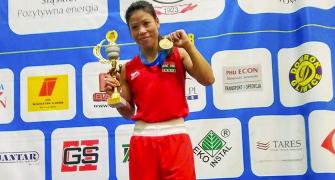 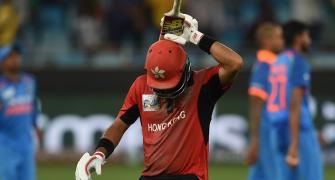