Churchill Brothers on Saturday regained the Durand Cup after a gap of one year by defeating Prayag United 5-4 via tie-breaker, in New Delhi.

Having dominated the proceedings for the better part of the match, the defending champions were let down when their key player Yusif Yakubu's final shot failed to find the net.

It was then left for Denzel Franco to coolly slot home the final shot to win the 124th edition of the tournament.

In the tie-breaker Kayne Vincent, Mohammed Rafique, Bello Rasaq, Malsawntluanga found the target for Prayag while Laalrindika Ralte, MP Zakeer, Bineesh Balan, Anton and Franco were all on target.

Prayag coach Sanjay Sen tried to gamble with Somnath Khanra for the tie-breakers, replacing regular keeper Abhijit Mondal, but the reserve goalie showed poor anticipation as his dives were never on correct side.

Prayag should have won the match in regulation time but for the inept performance of their frontline players, especially Joshimar Martins, who spurned chances like a millionaire.

The first half was dominated by Prayag United who, on three occasions, had a clear sight of goal, but an alert Churchill goalkeeper Felix D'Souza thwarted all the attempts.

The first one was in the opening minute when Lukaram James Singh kept an accurate low centre which Denson Devadas headed. Felix was equal to the task foiling the attempt.

The best chance, however, came in the 18th minute when James's corner found an unmarked Arnab with an open sight of goal, but his nod wasn't powerful enough and it also lacked the required angle that would have got United their lead.

The absence of skipper Beto had an adverse effect on Churchill's performance as they failed to conjure moves and the supply line was cut off as a result.

On one occasion Ndibuisi Opara entered the box with United custodian Abhijit Mondal at his mercy. But Mondal showed nice anticipation as he came out of his charge to save his team.

The profligacy of Josimar Martins upfront was another reason for United not getting the lead. Once Ghanaian ace Yakubu played a nice one-two with James Singh and freed Josimar on the right. But to everyone's shock, Josimar bungled big time as he shot all over the ball.

Felix again came to his team's rescue when he tipped over a powerful Yakubu shot with just a minute left for the change of ends.

If his earlier heroics were not enough, the Churchill goalkeeper again turned out to be his side's saviour when an angular volley from Yakubu saw him dive full stretch to keep the ball out of play. 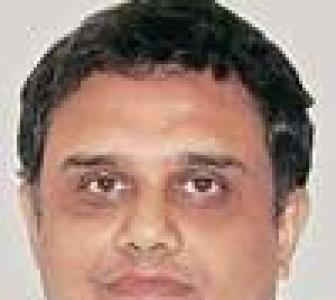 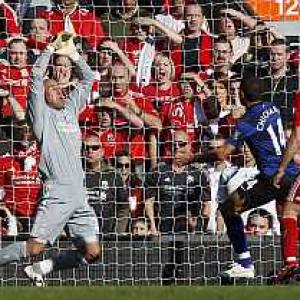